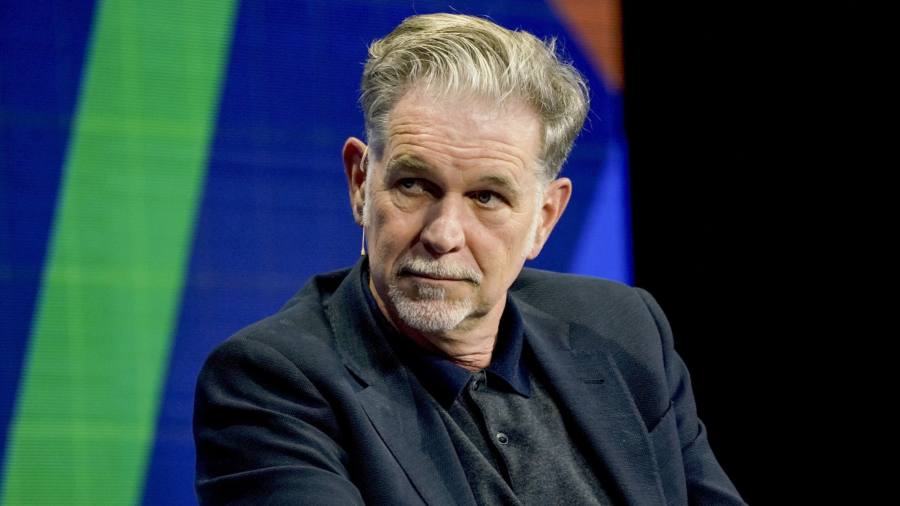 Reed Hastings is stepping down as chief executive of Netflix, the company he co-founded 25 years ago, in a shake-up at the top of one of the most powerful studios in Hollywood.

Hastings, who launched Netflix in 1997 as a DVD-by-mail service, wrote in a blog post that he has been increasingly delegating management in recent years. Now is “the right time to complete my succession”, he added.

“Our board has been discussing succession planning for many years (even founders need to evolve!)”, Hastings, 62, wrote. “I’m so proud of our first 25 years, and so excited about our next quarter of a century.”

The change comes as Netflix has lost more than a third of its market value in the past year, after revealing its decade-long growth spurt had come to an end. Sarandos and Peters will be charged with regaining momentum and leading Netflix through a more austere era for the entertainment industry.

Hastings will stay on as executive chair, following the examples of Amazon’s Jeff Bezos and Microsoft’s Bill Gates. The billionaire founder said he plans to “spend more time on philanthropy” but “remain very focused on Netflix stock doing well”.

The change atop Netflix came as the company reported it added 7.7mn subscribers in the fourth quarter, well above expectations, thanks to popular programming such as the Addams Family spin-off Wednesday and the Harry & Meghan documentary series. Netflix had forecast it would add 4.5mn subscribers in the quarter.

Netflix stunned investors last April when it revealed it had lost subscribers, triggering a punishing stock market revaluation of the entire US media industry. After the “Netflix Correction”, Wall Street has become more sceptical of the streaming video market, increasingly focusing on profitability and forcing big entertainment groups to be more cost-conscious.

Netflix ended 2022 with 231mn paid subscribers, adding only 8mn for the year, its worst annual growth in a decade. In a letter to investors, the company said “2022 was a tough year, with a bumpy start but a brighter finish”.

Shares in Netflix have recovered somewhat from last year’s lows, gaining 9 per cent this year. But its market valuation of $141bn is still about half its peak reached during the coronavirus pandemic.

As growth in subscribers slows, Netflix has taken two significant steps to shore up its business: introducing a cheaper version of its streaming service with advertisements, and trying to limit password sharing, a practice it had largely ignored when growth was red hot.

Netflix moved quickly to create an advertising tier in partnership with Microsoft, launching the platform in November for $7 a month. The company on Thursday said it was “pleased with the early results”.

With these two potential new sources of revenue, Netflix has stopped providing guidance to investors on its number of new subscribers — a symbolic shift for a company whose stock price soared for years based on subscriber growth.

Some muni sectors vexed by inflation, analysts say
The ‘Invisible House’ In Joshua Tree, California Lists For $18 Million
Interpol Is Figuring Out How the Metaverse Will Be Policed
Here’s What You Need To Know About Toxic Furniture
Survey says: 2023 issuance will be the same; rates will rise