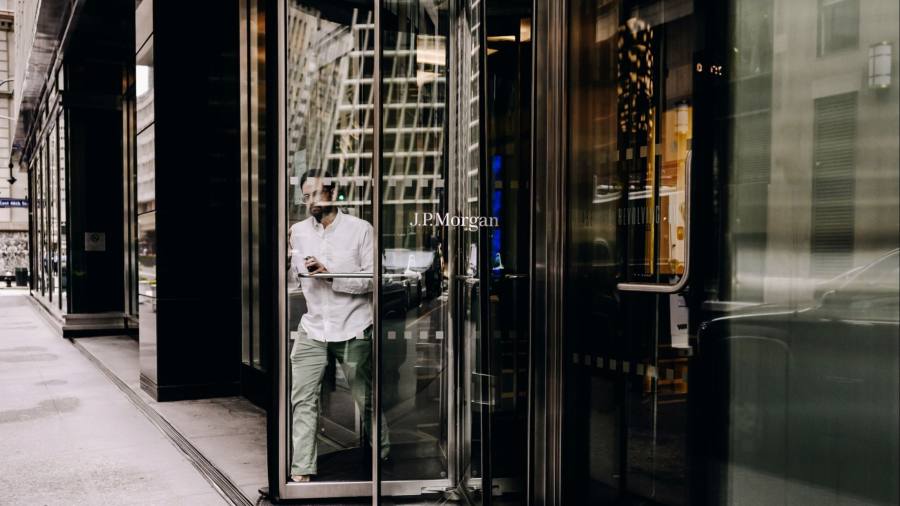 JPMorgan Chase said it might be forced to pay more for deposits this year in what analysts called “a warning shot for the entire industry”.

Like other Wall Street banks, JPMorgan has benefited from Federal Reserve interest rate rises boosting net interest income — the difference in what banks pay on deposits and what they earn from loans and other assets.

Fourth-quarter earnings on Friday showed JPMorgan, the largest US bank by assets, raked in a record $20.3bn in net interest income, an increase of 48 per cent over the same period last year.

However, JPMorgan said it was expecting net interest income for 2023, excluding its trading division, to be about $74bn — well below what many analysts had forecast.

The guidance was “not only below consensus of $75.5bn, but below the bullish buyside base case of $76bn to $77bn”, said UBS analysts.

While banks have been able to charge more for loans, they so far have only passed on more modest rate increases to deposit holders, boosting profit margins.

Bigger banks such as JPMorgan went into 2022 sitting on record levels of deposits thanks to pandemic-era stimulus programmes.

But in an early sign that customers are willing to move their money in search of a better return, JPMorgan said deposits in the fourth quarter were $2.4tn, down 4 per cent from a year earlier. This was the bank’s first year-on-year decline since 2016.

JPMorgan said the outlook for lifting deposit rates was “uncertain” but indicated that its company-wide average cost of deposits could rise from around 1 per cent in 2022 to up to 2 per cent in 2023. The bank estimates that every basis point move higher is an extra $250mn of interest cost.

The warning shot from JPMorgan, as the UBS analysts put it, came as the bank reported net income for the fourth quarter of 2022 of $11bn, or $3.57 per share, up 6 per cent from the same period last year.

Analysts had estimated quarterly net income would fall to $9.3bn, or $3.10 per share, according to consensus data compiled by Bloomberg.

JPMorgan reported earnings on Friday along with Bank of America, Citigroup and Wells Fargo.

JPMorgan shares had started Friday down about 3 per cent but pared losses in morning New York trading to trade up slightly. BofA was down 0.6 per cent and Citi was down 0.1 per cent.

Wells, which reported that its overall profits fell by half in the last quarter of 2022 after being hit by multibillion-dollar fines, saw its share price fall by almost 1.3 per cent.

JPMorgan also provisioned in the fourth quarter a net $1.4bn for potential credit losses. The bank said the build-up of reserves was “driven by a modest deterioration in . . . macroeconomic outlook, now reflecting a mild recession in the central case”.

“We don’t know. It may be a mild recession, it may not,” chief executive Jamie Dimon told reporters. “I’m simply pointing out that there are the geopolitical uncertainties, which are real, and we just have our eyes focused on it.”

Investment banking revenue at JPMorgan was down 58 per cent at $1.5bn, compared with analysts’ estimates for $1.6bn, because of the continued dealmaking slowdown.

Revenues in JPMorgan’s trading division, which has benefited from heavy activity during the recent market volatility, were up 7 per cent at $5.7bn. Analysts had forecast revenue to be $5.88bn.

Stocks making the biggest moves after hours: Chipotle, Enphase Energy, Fortinet and more
My Stock Dropped Over -20% – What Should I Do?
3 key things to know before opening a home equity line of credit
Walt Disney to axe 7,000 jobs in $5.5bn cost-cutting plan
4.5-Acre Oceanfront Maui Property Hits The Market For $5.5 Million