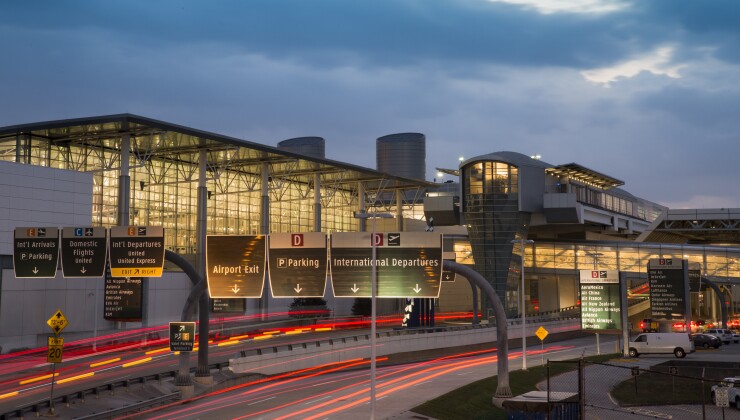 Increased activity at Houston airports led S&P Global Ratings to boost certain ratings by a notch as the city eyes debt issuance for the three-airport system in the first quarter of 2023.

The rating agency raised the system’s subordinate-lien general airport revenue bond rating to A-plus from A with a stable outlook affecting about $2.2 billion of debt outstanding as of the end of June.

Officials at the airport system, which is owned and operated by the city of Houston and consists of George Bush Intercontinental Airport, William P. Hobby Airport, and Ellington Airport, were not available to comment on the rating action. The city anticipates selling airport bonds in February, according to a source familiar with the matter.

In a report, S&P noted the system’s enplanements are trending higher, with September 2022 coming in at 103% of pre-pandemic September 2019 levels.

“Because of (the system’s) recovery in air travel demand and return to business-as-usual rate-setting flexibility, we expect the airport will maintain financial metrics consistent with a strong financial risk profile despite an approximately $2.3 billion capital improvement program from fiscal years 2023 through 2027 that the airport is evaluating through a new feasibility study,” the report said.

S&P said the system’s key credit strengths include an “extremely strong market position” due to limited competition and its essential service to a rapidly growing and economically vibrant origin and destination market.

The system’s “very strong” management and its ability to adjust revenue, expenses, and capital spending to protect sound financial operations were also cited.

On the other hand, the system is dominated by two airlines, with United and Southwest accounting for the majority of enplaned passengers, and the system’s financing of capital needs will require additional debt and potential use of cash reserves, according to the report.

S&P also upgraded to A from BBB-plus the rating on airport system special facilities taxable revenue bonds with a stable outlook. The bonds, which financed a rental car facility at George Bush Airport, are secured by a $4-per-day rental car customer facility charge.

Options Trade Idea (Butterfly) – $100 Trade on Tesla TSLA with 48% Return Potential
My Stock Dropped Over -20% – What Should I Do?
The Federal Reserve is likely to hike interest rates again. What that means for you
SCANS: The FAANG of The Roaring 20s
4.5-Acre Oceanfront Maui Property Hits The Market For $5.5 Million