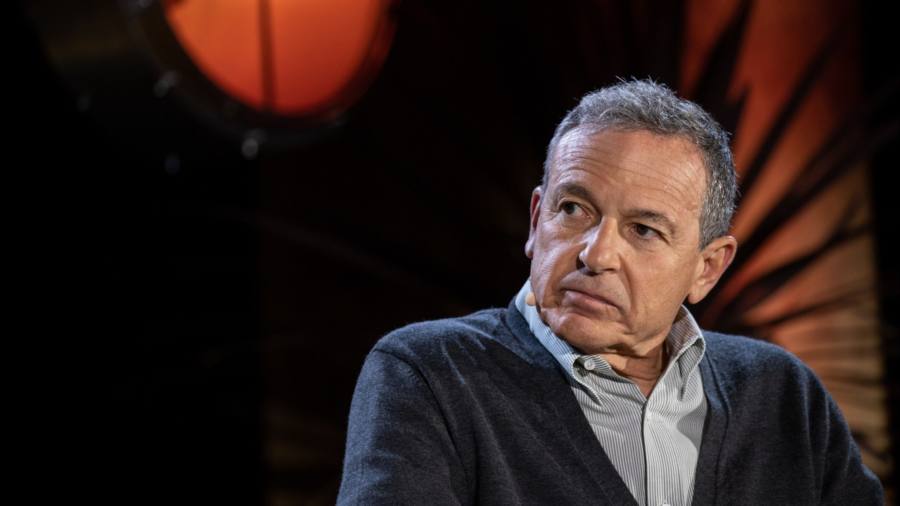 Bob Iger, who served as Disney chief executive for 15 years, has replaced successor Bob Chapek after a rocky tenure that lasted just 33 months.

Iger, who handpicked Chapek as his successor only to see the relationship quickly sour, will serve another two years in the job that made him one of the world’s most celebrated business leaders.

In a statement, Disney said that Iger has “a mandate from the Board to set the strategic direction for renewed growth”. He will also work closely with the board to find a successor.

Iger, who delayed his retirement four times before finally leaving the company, said in a memo to staff on Sunday that he felt “a bit of amazement” that he was returning to the company as chief executive.

Disney shares jumped 8 per cent in pre-market trading in New York on Monday. Before today, the stock had fallen more than 40 per cent this year amid growing investor concerns about the high costs of its streaming business. Disney has spent billions — its content budget this year alone was $30bn — as it competes with Netflix and other streamers for subscribers.

Chapek also found himself at the centre of a culture war this spring over a Florida law regulating what teachers can say about LGBT+ issues. The messy fight with Florida governor Ron DeSantis generated negative headlines for weeks and upset LGBT+ staff members and their allies.

Despite the difficulties, the board renewed Chapek’s contract this summer. The decision to bring Iger back into the company marks a surprising reversal by the board chair, Susan Arnold.

“The Board has concluded that as Disney embarks on an increasingly complex period of industry transformation, Bob Iger is uniquely situated to lead the Company through this pivotal period,” Arnold said in a statement.

Rich Greenfield, an analyst at LightShed Partners, said the move was “strange in light of the board’s recent renewal” of Chapek’s contract.

Iger will take over the company as it seeks to staunch billions of dollars in losses in its streaming business — in part a legacy of his own decision to plunge the company headfirst into a streaming war with Netflix. Next month, Disney will launch an advertising-based version of the Disney Plus service as the company aims for profitability in streaming by 2024.

This month, Disney shocked investors with news that operating losses from its streaming service had rocketed by $800mn to $1.5bn thanks to higher content spending and marketing expenses in the third quarter. As a result, operating income at Disney’s media and entertainment group plunged 91 per cent to $83mn.

Greenfield says Iger will also need to make tough decisions about whether to spin off the ESPN sports television network and buy out Comcast’s stake in the Hulu streaming service.

Iger has long been an investor favourite. During his tenure, he transformed Disney through a series of acquisitions — including Marvel, Pixar, Lucasfilm and 20th Century Fox — that left it holding a collection of the most valuable franchises in the entertainment business.

Under Chapek, Disney’s streaming services — which include Disney Plus, Hulu and ESPN Plus — have experienced blistering growth, reaching a combined 235.7mn subscribers; more than the 227mn that industry pioneer Netflix expects to have by the end of this year. He also oversaw the revival of Disney’s theme parks business, which he once ran, as Covid-19 restrictions eased.

Chapek took the reins before the onset of the pandemic in February 2020, and found himself shutting down the company’s theme parks and other operations just weeks later. Soon, he and Iger — who had remained on as chair — began to clash, with Iger suggesting that he would take a greater role in running the company during the crisis. Iger’s tenure as chair ended in January.

A reserved midwesterner with a background in marketing and sales, Chapek was never accepted by the Hollywood elite — in contrast with Iger, who enjoyed the creative side of the business and the glitz of the movie industry. In an interview with the Financial Times last year, Chapek pushed back against his image as a bean counter, saying: “I’ve seen creativity in this company through every lens possible.”

Still, Chapek made decisions that upset the creatives at Disney — particularly when it came to streaming. He had a very public fight with Scarlett Johansson, who sued Disney over potential lost income due to its decision to release Black Widow on its streaming service at the same time the movie was in cinemas.

And while the Johansson fight generated headlines, behind the scenes studio chiefs bristled at their loss of decision-making authority under Chapek’s streaming-first structure. Much of that authority rested with Kareem Daniel, a trusted Chapek ally.

Greenfield said he expected Iger to overhaul Chapek’s streaming structure. “It’s been clear that studio executives have become increasingly furious” about their loss of power, he said.