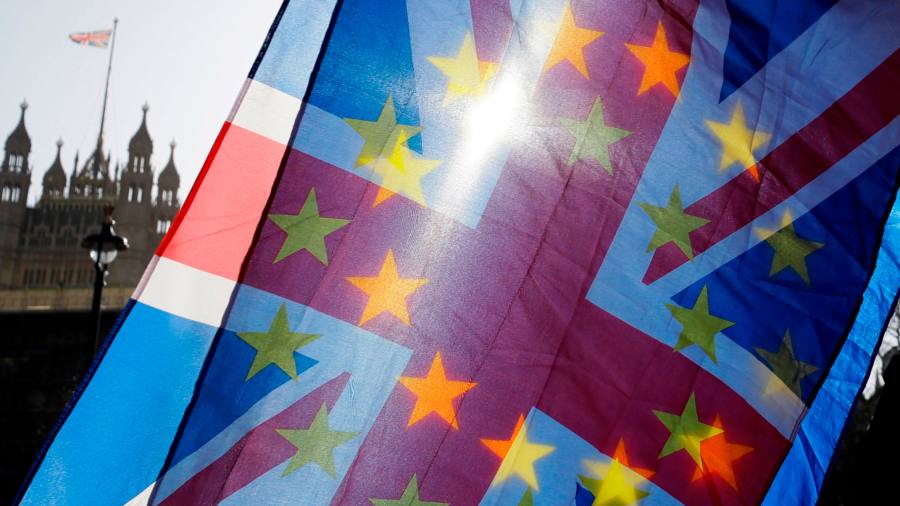 A plan by ministers to review or repeal all EU laws on the UK statute book by the end of 2023 has suffered another setback after the discovery of 1,400 additional pieces of legislation.

Rishi Sunak has started backing away from his ambitious proposals to scrub Britain’s statute book of unwanted EU laws, by abandoning his promise to complete the exercise within 100 days.

Now ministers, in conjunction with the National Archives, have discovered the large bureaucratic task has gotten even bigger and that instead of 2,400 EU laws to review or repeal, officials may have to trawl through 3,800.

Grant Shapps, the new business secretary, is said by allies to be keen to slow down the review of EU laws after being warned that hundreds of extra staff across Whitehall would be needed to complete the task.

“We will slow things down to a sane pace,” said one ally of Shapps. The business department declined to say whether it was still wedded to completing the task by the end of 2023.

Jacob Rees-Mogg, the former business secretary, had promoted a retained EU law (revocation and reform) bill as a flagship piece of legislation to maximise what he said were the “opportunities of Brexit”.

Rees-Mogg’s legislation aims to complete the review of 2,400 pieces of retained EU law by the end of next year. Sunak, in his first bid for the Tory leadership this summer, claimed it could be completed within 100 days.

But Rees-Mogg’s allies said that last month it emerged that 1,400 pieces of EU law, much of it long forgotten, had been found by researchers at the National Archives. They have not been verified by the government.

Senior civil servants have warned that reviewing each piece of EU legislation to see if it is still needed in the UK — or can be improved — will be a huge task, often involving external legal advice and consultation with business groups.

Theresa Villiers, a pro-Brexit former Northern Ireland secretary, said the intention behind the Rees-Mogg bill was good but that it would be “very difficult” to complete the task by the end of next year.

“It doesn’t surprise me that more legislation has been found,” she added. “Inevitably when you have 50 years of regulation, it’s going to take time to carry out this exercise.”

However David Jones, a former Brexit minister, said he “absolutely” believed the exercise could be completed by the end of 2023 and that he would be “very unhappy” if there was a delay.

The Rees-Mogg legislation allows ministers to ask for more time — until 2026 — to complete the review and a looser timetable for the whole exercise is now likely, said government officials.

The bill is currently in its committee stage of scrutiny in the House of Commons. Sunak’s office declined to say whether it might be amended, adding the government was proceeding with the bill.

The business department said it was committed to “taking full advantage of the benefits of Brexit”. Reviewing EU laws was “an essential exercise in accelerating regulatory reform and reclaiming the UK statute book”, it added.

A “dashboard” showing the number of retained EU laws — and whether they were still in force — would be updated as work by the National Archives and the Brexit opportunities unit in Whitehall continued, said the government.

Business groups have warned deregulation for its own sake could add extra costs to companies in difficult economic times.

The CBI employers’ group said: “Given the headwinds faced by our economy, any changes adding cost and complexity for businesses — especially smaller firms — risks acting as a further drag on growth.”