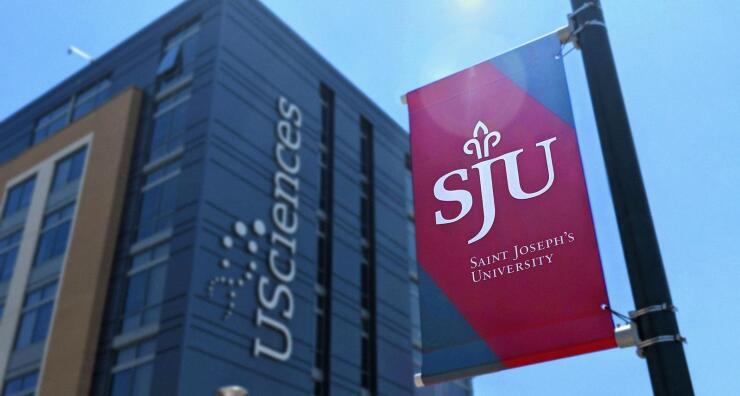 St. Joseph’s University in Philadelphia will borrow $200 million in the municipal market as it implements a new operational and strategic vision sped up by this year’s merger with the nearby University of the Sciences.

The tax-exempt bonds will price through conduit issuer Philadelphia Authority for Industrial Development next week, according to an online slide presentation for potential investors.

The bonds will be backed by the unsecured general revenue of St. Joseph’s and are rated A-minus with a positive outlook by S&P Global Ratings.

St. Joseph’s in June closed its merger with University of the Sciences, a private school in Philadelphia with a focus on sciences and healthcare, evolving out of the Philadelphia College of Pharmacy, founded in 1821 as the first pharmacy school in the U.S.

The merger allowed St. Joseph’s to acquire more than 30 new degree-granting programs, as well as the expertise of USciences’ faculty, broadening its health and science offerings to make it more competitive in fields expected to be in demand into the future, said Mary Ellen Wriedt, director of the U.S. Public Finance Higher Education Group at S&P, which lifted its outlook to positive from stable ahead of the deal.

“It made a lot of sense for them for multiple reasons,” said Wriedt. “It certainly aligned with the strategy of the university and its goal to get a larger presence and footprint in the healthcare and science fields.”

St. Joseph’s has faced its own enrollment issues. Undergraduate enrollment fell 13% from 2018 to 2021, reaching 4,053, according to the investor presentation.

In a highly completive private college field, it struggled to keep pace, according to S&P.

Now it can add USciences student body, which had 1,320 full-time equivalent undergraduate students and 1,036 graduate students in 2020-21, according to data supplied in the official statement.

“These excellent and well-established programs in disciplines like physical therapy, occupational therapy, pharmacy and physician’s assistant allow us to meet market demand and position us for future growth in research, innovation and intellectual property development,” Mark Reed, St. Joseph’s president at the time, said when the deal closed.

Reed has since moved on to the presidency of Loyola University Chicago. Cheryl McConnell, who had been provost, is now interim president.

In 2022 student-generated funds accounted for 83% of SJU’s revenue, but overall numbers showed a decline in enrollment of 11% over the preceding year.

USciences, known for its bachelor’s, master’s, and doctoral programs in pharmacy and other health-related disciplines, began seeking a potential partner for a merger in 2020 after falling enrollment rates, exacerbated by the COVID-19 pandemic, worsened the school’s precarious finical situation.

University of the Sciences faced some long-running enrollment and financial challenges.

In a 2021 downgrade of USciences debt to BBB-minus from BBB, Fitch Ratings pointed to mounting competition in the health science education sector, as well as a decline in the demand for the school’s pharmacy program, among key drivers of its worsening financial situation.

Moody’s rated the school’s bonds Baa1 with a negative outlook.

Both ratings were withdrawn in June, when the merger closed and University of the Sciences debt became an obligation of St. Joseph’s.

USciences found a ready-made partner with complementary program offerings in St, Joseph’s, then working to recalibrate its strategic vision.

Along with its programming, SJU also assumed USciences’ financial portfolio, which included $207 million in net assets, as well as $167.3 million in total debt.

That debt comes from three separate bond issuances: two by the Pennsylvania Higher Educational Facilities Authority and, the third and most recent, a $62.3 million sale in 2017 by the Philadelphia Authority for Industrial Development.

While assuming so much new debt offsets to a degree SJU’s credit-positive momentum, S&P analyst Steven Sather said the school has a plan in place to pay down the USciences debt in one year.

The plan calls for the lease or sale of several buildings on the former USciences campus, four miles from the St. Joseph’s Hawk Hill campus, to pay down the old USciences bonds.

“It is our understanding that they have other parties that are interested,” added Sather, “although the details are not disclosed at this time.”

The university’s goal, according to the investor presentation, is to consolidate programs at Hawk Hill “to achieve a single site and cohesive campus,” which would leave the former USciences University City campus available for resale or redevelopment.

The new bonds will fund upgrades to the Hawk Hill campus, including a new residence hall, renovations to recreation and fitness facilities, and a new science center and student hall.

Hawaii’s fiscal 2023 funded project list released by Gov. David Ige
Qatar reviews investments in London after ad ban on buses and Tube
What is an Ethereum Virtual Machine (EVM) and how does it work?
21 Unique Holiday Gifts For The Home To Give To Everyone On Your List
Shanghai rocked by protests as zero-Covid anger spreads