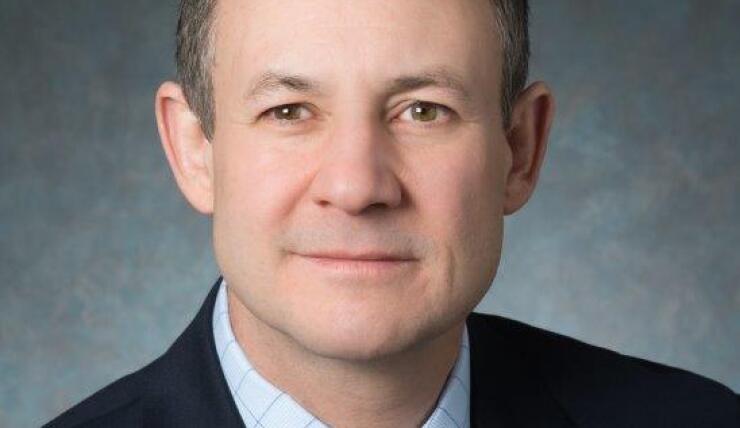 With a 75 basis point rate hike expected, analysts will focus on clues about the Federal Open Market Committee’s thought about slowing future increases.

“We expect the Federal Reserve to raise the fed funds rate by another 75 basis points at the November meeting, followed by a 50 basis points hike in December,” noted Scott Colbert, director of fixed income and chief economist at Commerce Trust.

While progress on slowing inflation remains “modest,” he said, “we believe they now see inflation is likely to remain stickier in the near term.”

While the forward markets expect the fed funds rate to peak near 4.8% in May 2023, Colbert said, “we think 5% is just about right and they will stay there for some time. We don’t anticipate a rapid decline in interest rates going forward.”

Additionally, the September minutes showed official are more worried about “taking too little action to bring down inflation compared to the cost of being too aggressive,” he said.

Concurring with the three-quarter-point increase predictions, David Kelly, chief global strategist at JPMorgan Asset Management, noted, “market attention will be focused on how they characterize the current economic situation and provide guidance on future moves.”

In September, the FOMC statement said nothing about inflation easing, he said.

“However, with energy prices well below their peaks, global food commodity prices easing, and global supply chain issues diminishing, they will likely feel compelled to acknowledge some improvement while, no doubt, stressing that inflation remains too high,” Kelly said. “This, on its own, might be seen as slightly less hawkish.”

The belief is a 50 bps hike will follow in December. “If that is what they intend, it would seem wise to at least broadly hint at this on Wednesday so that futures markets don’t price in anything more aggressive, adding unnecessary uncertainty to fixed income markets,” Kelly said.

As such, he expects “some reference to the idea that the next rate hike is likely to be smaller” in either the statement or Powell’s comments to reporters. “As of Friday, markets were pricing a 40% shot of a 75 basis point hike in December, so some assurance that this is not on the cards ought to be a positive for both stocks and bonds.”

The subject of a slowdown in hikes is certain to be discussed, according to BNP Paribas Chief U.S. Economist Carl Riccadonna and Senior U.S. Economist Andrew Schneider. “It is clear that policymakers intend to discuss the timing and viability of a downshift or pause, but we are cautious not to conflate a debate on the topic as a signal of imminent action. The inflation data continue to run hot, even hotter than expected — and as a result, we assume the hawks hold more rhetorical sway over the committee given their clarity of view over the past several quarters”

And, with the hike pretty much settled for this meeting, they will watch Powell’s press conference closely, expecting the chair to acknowledge discussion of slowing the hikes at some point. “However, we think he will remain hawkish when it comes to progress on the inflation front, and signal that ‘convincing evidence’ of inflation coming down looks increasingly challenging to achieve this year. Ultimately, we think near-term inflation data will preclude a downshift in the pace of hikes until next year.”

The BNP economists expect a terminal rate with a 5.25% upper bound.

Morgan Stanley researchers agree Powell will “talk up the likelihood of stepping down the pace now that the Fed has moved further into restrictive territory,” while signaling a terminal rate in the 4.5% to 5% range.

“Our strategists expect the November FOMC to support further consolidation of the market, as the Fed discusses lowering the pace of hikes, and they will be watching Powell’s views on Treasury market liquidity, and any potential regulatory reviews,” the Morgan Stanley report said.

Bond investors expect the funds rate to end the year at 4.5%, noted Bryce Doty, senior portfolio manager/vice president of Sit Investment Associates. “Regardless of the ever-changing near-term expectations for rate increases, expectations for cuts in the second quarter of 2023 remain constant,” he said.

“Investors are hoping for a Fed treat via some sort of indication of slowing and/or fewer rate increases while bracing to be tricked by a continuation of aggressive policies and being blind to the resulting potentially destabilization of global financial markets,” he said.

Indeed, Ryan Swift, U.S. bond strategist at BCA Research, noted, some FOMC members recently acknowledged a moderation in the pace of tightening would be needed at some point.

“This shift in reaction function, combined with a coming period of disinflation, will probably cause the Fed to downshift its pace of tightening in December and then pause rate hikes altogether sometime in Q1 or Q2 of next year,” he said.

But, he cautioned, without a labor market slowdown, “next year’s pause may be followed by the resumption of hikes rather than rate cuts.”

Ken Mahoney, CEO of Mahoney Asset management, said, “the Fed pivot that everyone is hoping for may not come for some time as they are stern on their hawkish tone and we expect that to continue.”

Using a baseball analogy, he suggested the Fed is in “the 6th or 7th inning” of rate hikes. He expects another 75 basis point rate hike in December, “and hopefully then the pause speculation can actually come to fruition.”

But the current inflation is fueled by “supply chain disruptions and issues with energy costs,” Mahoney said. So more effective than rate hikes would be a ramp up in U.S. energy, he said.

Another part of the yield curve inverted last week (the 10-year to three-month), said John Hancock Investment Management Co-Chief Investment Strategist Matt Miskin. “Usually, an inverted yield curve to this degree would be a signal to the Fed to slow down rate hikes. In this cycle, they are myopically focused on inflation and are likely diminishing its importance.”

But, he believes “the bond market is overly optimistic on rate hikes of 2% more over the next six months and underpricing the likelihood of rate cuts in the back half of 2023. With the yield curve inverting, the leading economic index going negative year-over-year, the Fed will likely need to be more concerned with the health of the economy over inflation in the not-so-distant future.”

Still in question is whether the Fed can pull off a soft landing.

“The question of whether inflation or interest rates peak first and then recede drives the debate on whether the economy is headed for a hard or soft landing,” Keel Point’s Skancke said.

Fundamentals are strong enough to expect a soft landing, he said. “In the last 60 years, however, there have been three soft landings following Fed rate hikes, and all three were following efforts to prevent inflation rather than addressing already high inflation.”

Commerce’s Colbert expects a 2023 recession, based on LEI and the yield curve. LEI is down more than 5% on a six-month basis. “Declines of that magnitude have predicted every recession since 1980,” he said.

The two-year and 10-year Treasuries curve has been inverted for four months, Colbert noted. “You can’t ignore history. This type of inversion has predicted eight out of the eight last recessions with about a 16-18 month leads.”

Also, if the fed funds rate hits 4.5% by yearend, with the 10-year Treasury at 3.95%, will cause inversion of “the cash to 10-year yield curve, which also has predicted a recession eight out of eight times, but with about a 12-month lead. Based on this, we believe we’re likely to be in a recession probably late next year.”

Still, employment is strong and the U.S. has never been in a recession without a contraction in employment. But to get inflation down, “the Fed would likely to have to force us to lose jobs and create an employment gap,” he said.

A recession is a 50-50 shot, according to Preston Caldwell, head of U.S. Economics for Morningstar Research. “We’ve consistently argued that the binary question ‘Will there be a recession?’ misses the point; any recession should be relatively mild and short-lived, in our view. Either way, we expect growth to accelerate again in 2024 as the Fed lifts off the brakes and pivots to monetary easing.”

Arthur Laffer Jr., president of Laffer Tengler Investments, said an “economic slowdown in my opinion is definitely inevitable at this point primarily due to the fact that the Fed is committed to raising rates at the next two meetings by an estimated 1.25% (75 bp at the Nov meeting at 50 bp at the December) and possibly beyond in its inflation fight.”

And the signs of weakness are starting to show “in manufacturing, housing, [and] retail prices,” which suggest lower GDP readings ahead, he said. “With Europe heading into a significant economic slowdown at the same time, it seems that almost all of the pieces needed for a recession are coming into play.”

How bad the recession will be depends on whether the Fed overshoots with rate hikes, Laffer said. “We expect a lot more volatility in markets for the remainder of the year as the inevitability of higher rates sinks in and the economic consequences become more pronounced.”

Michael Weisz, president of Yieldstreet, goes further. “Our view is that the latest projections indicate that not only is a recession inevitable but is being purposely engineered.”

“The Fed’s expectations around both interest rate and unemployment levels suggest a tunnel vision approach to mitigating inflation — at the expense of the broader economy’s health,” he said.

Why Ross Stores Surged Today
Qatar reviews investments in London after ad ban on buses and Tube
What is an Ethereum Virtual Machine (EVM) and how does it work?
Ratings agencies say higher ed is pressured
For Emily Dickinson’s Birthday, Visit Her New England Home