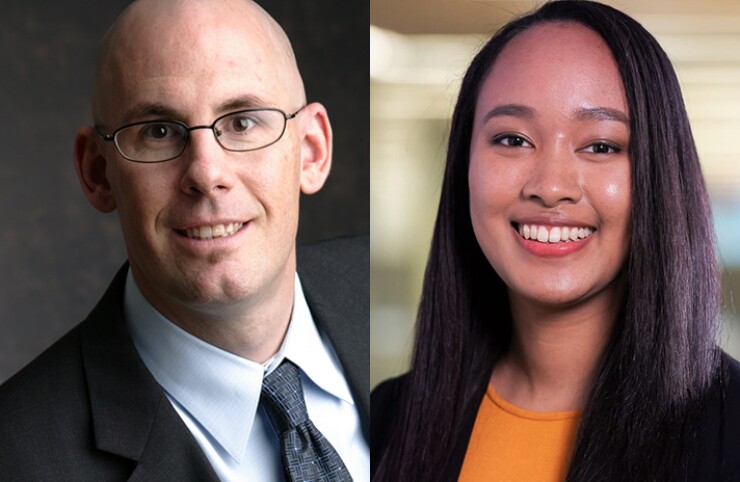 A poll from the non-partisan Public Policy Institute of California predicts Gov. Gavin Newsom will be re-elected and three state-wide measures — two that would increase sports betting and another that would tax the wealthy to pay for water and fire prevention — are likely to fail.

In addition to the partisan split in the largely blue state, Newsom also has an edge with independents, where he curried support from 42% of respondents.

“Majorities favor Newsom across different demographic groups, except for male Latinos who are more divided on the vote,” Thomas said.

Though there are more than three statewide measures, the poll focused on Propositions 26, 27, and 30, mainly because of time constraints, but PPIC doesn’t expect any of the three measures to pass based on polling.

The measure has split Democrats, with the State Democratic Party in favor, while Newsom came out against it.

Opponents argue that Lyft, a ride-hailing service, which donated $15 million in support, wants Californians to subsidize its drivers having to purchase electric vehicles to meet a state mandate. The California Air Resources Board approved a measure requiring all new cars and light trucks sold in the state by 2035 be zero-emission vehicles.

Some business interests, including the California Chamber of Commerce, have also come out against it, saying the tax would burden entrepreneurs and investors, driving investment out of the state.

“Proposition 30 proposes a tax hike on higher-income taxpayers by 1.75 percentage points, which would raise the top income tax rate to a whopping 15.05% — far higher than any other state income tax in the nation,” Jennifer Barrera, president and CEO of the California Chamber of Commerce, wrote in a position piece on the chamber’s website. “To be clear, a ‘No’ vote on Proposition 30 is a vote against new taxes, not a vote against the environment.”

Proposition 30 would raise taxes by $60 billion to $80 billion over the course of 20 years for projects and programs that are already top spending priorities for lawmakers, she wrote.

“ZEVs remain unaffordable for the average Californian. Proposition 30 will accelerate our transition to clean vehicles by bringing ZEVs within reach for all Californians via rebates, grants, and financial assistance,” according to a press release from supporters. “Half of the funding will benefit low-income families and those in disadvantaged communities that are disproportionately impacted by air pollution.”

“Wilmington and West Long Beach breathe some of the worst air quality in the nation due to their ports, trade, and trucks,” said Long Beach Vice Mayor Rex Richardson. “The health impacts are disproportionately felt by low-income residents and communities of color. Wilmington’s cancer risk from air pollution ranks in the top 2% for the entire Los Angeles basin.”

Thomas said those surveyed were asked if they engage in sports betting, and the vast majority said they don’t, which gives further credence to the idea the two gambling measures won’t pass. According to the survey, Thomas said, most people are not interested in sports betting and don’t think it would do the state any good if it’s made legal.

DiNapoli: NYS pension fund at $233.2B despite -3.85% return
See which states have suffered the most major weather disasters since 2011
How Technology Will Impact Multifamily Living In 2023
Top Wall Street analysts say buy these stocks during a market downturn
Growing a Small Trading Account with 0-DTE Butterfly Spreads on SPX