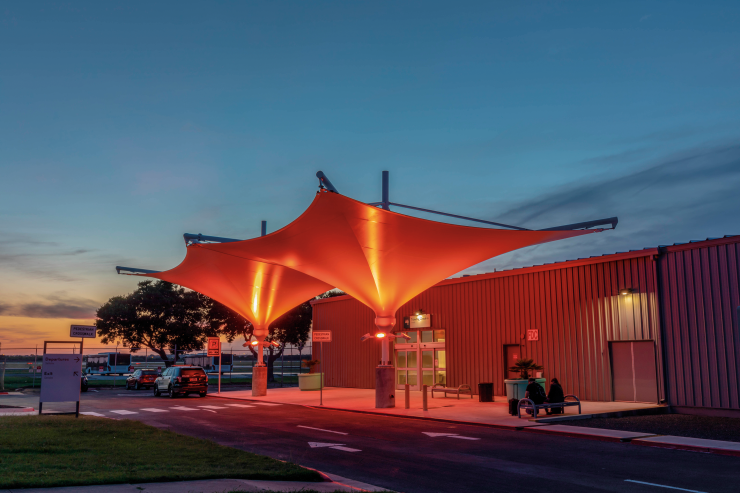 The operator of Austin-Bergstrom International Airport’s South Terminal is seeking monetary damages in its breach of contract federal lawsuit related to plans to demolish the facility to make way for a partly bond-financed expansion project.

Lonestar Airport Holdings, which sued the city of Austin in August in U.S. District Court for the Western District of Texas, said it “expects to prove hundreds of millions in damages directly caused by the city’s unlawful actions taken in violation of the agreement and the United States and Texas Constitutions,” according to an amended complaint filed last week in the wake of unsuccessful mediation.

The lawsuit was sparked by the city’s move to use eminent domain to take control of the terminal, which would be demolished as part of a development program that includes an expansion of the Barbara Jordan Terminal and construction of a midfield concourse. Those projects are estimated to cost $3 billion to $4 billion, according to the airport.

“The city is attempting to abuse its condemnation power to oust Lonestar from the airport altogether, cancel the agreement, take Lonestar’s going concern business, and compensate Lonestar only for the value of the land on which Lonestar’s business sits (which the city already owns),” Lonestar’s lawsuit states.

The city and Lonestar entered into a 40-year lease and concession agreement in March 2016 for the terminal currently used by low-cost carriers Frontier and Allegiant. In its lawsuit, Lonestar said it invested “tens of millions of dollars” to renovate the terminal, which now serves more than 57,000 passengers a month.

The airport said in a statement, “the city continues to move forward with acquiring the leasehold through condemnation and will continue to fulfill its contractual obligations and exercise its rights under the South Terminal lease.”

“This action is necessary to increase capacity for more flights at AUS through the Department of Aviation’s efforts to improve, expand and develop the airport,” the statement said, adding, the midfield concourse, which requires the future closure of the South Terminal, is a vital project.

Austin’s eminent domain case is pending in Travis County Probate Court. The city has filed motions asking the federal court to abstain from exercising jurisdiction over Lonestar’s claims, as well as to dismiss the lawsuit.

This week, federal Judge Robert Pitman ordered the parties to “inform the court when the state court hearing is scheduled as that could affect when the court hears the motion for preliminary injunction and/or other requests for relief in this case.”