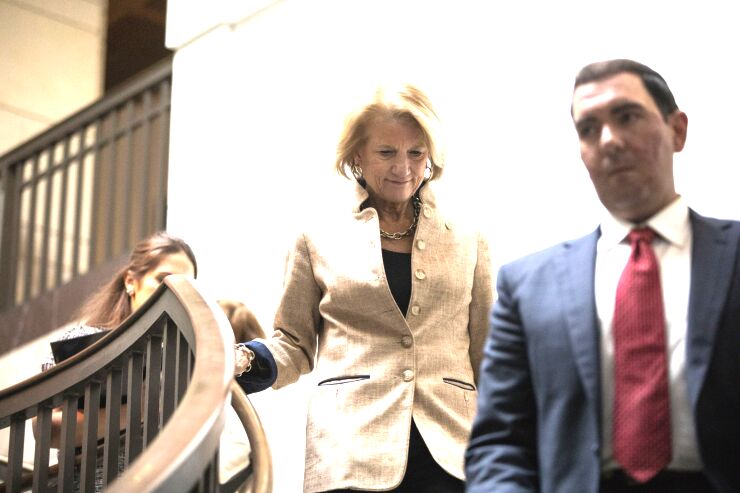 The proposed rule from the Federal Highway Administration would require state departments of transportation and metropolitan planning organizations to establish greenhouse gas emissions targets and develop a method for measuring the emissions from the transportation sector.

The proposed rule would not mandate the targets, the FHWA said.

“Rather, state DOTs and MPOs would have flexibility to set targets that are appropriate for their communities and that work for their respective climate change and other policy priorities, as long as the targets would reduce emissions over time,” the agency said in its notice of proposed rulemaking.

The transportation sector is one of the biggest contributors to U.S. greenhouse gas emissions, accounting for 27%, just head of electric power at 25%. The U.S. Department of Transportation is proposing the rule as a way to help meet President Biden’s national goal achieving a 50% GHG emission reduction by 2030 and net-zero emissions by 2050.

The Federal Highway Administration received nearly 40,000 comments on the proposed rule by the Oct. 13 closing date.

State DOT groups like the American Association of State Highway and Transportation Officials argued that the FHWA lacks the legal authority to impose the new requirements. And while state DOTs recognize the urgency of addressing climate change, states need more flexibility, AASHTO said in an Oct. 13 comment letter.

“Not all state DOTs have the same ability to directly affect the reduction in GHG emissions, nor do they have control over certain strategies and tactics that may look promising for reducing GHG emissions,” AASHTO wrote. “These strategies and actions will vary by state and, like other state and federal transportation goals, require different approaches appropriate to the specific state context.”

AASHTO noted that state DOTs have mixed views on the proposal, with some supporting it. The California DOT, for example, submitted a letter calling the proposal an “essential” step to fighting climate change.

Republican senators weighed in as well, calling the proposal another example of federal overreach by a Democratic administration.

The House in 2021 passed a bill that would have imposed the new rule on states, but the final Infrastructure Investment and Jobs Act lacked the provision, the senators noted.

“FHWA cannot create of its own choosing the authority that Congress debated, considered, and rejected,” they said. “If finalized, the proposal would commandeer state DOT authority by forcing them to reduce vehicle emissions, likely necessitating shifts in vehicle fuel type usage and transportation modes without clear statutory authority. The proposal would also impose significant changes on the American economy and private spending” because it would incentivize electric vehicles, the GOP senators said.

The American Road & Transportation Builders Association warned that the proposed rule could endanger future congressional bipartisan transportation negotiations, serving “as a distraction – and point of contention with some in Congress – when all parties should be focused on delivering needed transportation infrastructure improvements to every state and community.”

There is no timetable for the FHWA to release its rule.

Shanghai rocked by protests as zero-Covid anger spreads
Trading Strategy with Support & Resistance: Where to Buy / Sell and Set Stops
These are shaping up to be the best and worst luxury real estate markets for 2023
Dappradar Report Shows Blockchain Gaming Thrived Amid FTX Collapse, Sector Accounted for 46% of All Network Activity
Munis improve along with UST on heels of Fed chair’s speech