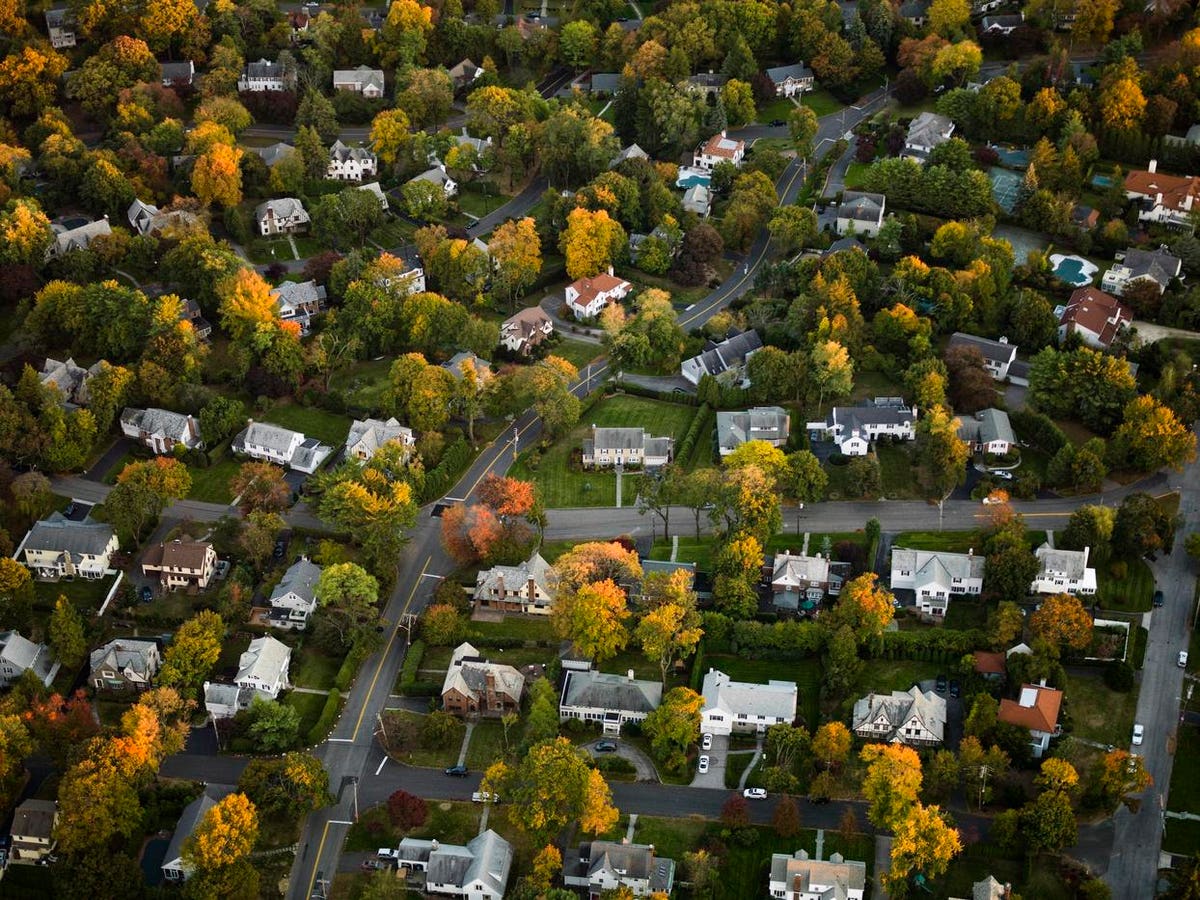 The mass exodus from cities inspired by the pandemic may be over, but suburban markets are still hot. With many people working remotely, the suburbs continue to be a more comfortable and affordable option without sacrificing access to the city, albeit with a bit of a longer drive or train ride.

Check out these suburban markets that are even giving New York City a run for its money.

Established in 1974, The Woodlands was devised by oil magnate, George Mitchell, who sought to create a complete master-planned community unto itself a lushly forested stretch some 28 miles north of Houston.

Today, Mitchell’s dream has been realized as the community has grown to over 118,000 residents and 2,200 businesses, being named the “Best City to Live in America” two years running by Niche. The township saw a sharp rise in popularity during the pandemic, says Teni Kalafian of Houston-based brokerage, Baker & Co., who credits the expanse of remote work as one of the main factors in the township’s growing market.

“The pandemic triggered a new set of opportunities for out-of-state buyers. People are now able to work remotely and the Woodlands is a great location to settle as it offers a good cost of living and quality of life.” In addition to out-of-state buyers, the Woodlands also draws many Houstonians who find the generous lots and devoted green spaces an appealing alternative to the big city.

With growing desirability, the northern suburb is seeing price increases, says Kalafian. “Prices were up 19% compared to last year, with a median house price of $589,999.”

Nowhere else in the country is growing more than Arizona—specifically Maricopa County, which encompasses Phoenix and the next suburb, Paradise Valley, where more new residents were added than any other county in the U.S.

Founding partner of RETSY, Angela Philips, says that the increase is in large part due to wealthy homeowners looking to escape high tax burdens. “We’re seeing clients selling their homes $10 million to $20 million homes in other states like California and flock to Paradise Valley where they can also have a small-town feel and privacy for half of the cost.” While being a less-expensive option, real estate in Paradise Valley ranks among the most expensive in Arizona.

Surrounded on three sides by mountain ranges, Paradise Valley boasts properties with exceptional views, whether that be from a perched, hillside position or from the valley taking in Mummy Mountain or Camelback Mountain.

A shrinking inventory has led to a rise in new high-end residences. Though remote in feel, the town is also home to a number of luxury resorts and five-star experiences, says Philips. “There’s world-class shopping, restaurants, golf courses and great, year-round weather.”

On the East Coast, young, wealthy professionals are moving to the Boston suburb of Cambridge, says Catherine Bassick, CEO and owner of Bassick Real Estate Advisors. Long known as the hub for some of the country’s top educational institutions, Cambridge has also evolved into a hotbed for successful startups.

“The biotech boom has created many new millionaires and billionaires. Also thanks to groundbreaking work at MIT, there’s the world’s largest collection of artificial intelligence companies,” says Bassick.

The money pouring into tech businesses in the area is being reflected in the real estate market with median sale prices increasing just under 5% percent, according to Bassick Real Estate Advisors’ most recent report of Middlesex County.

As of earlier this year, average prices in Cambridge were just over a million compared to roughly $550,000 pre-pandemic. Just across the Charles River from Boston, Cambridge possesses much of the same appeal as the city, such as walkability, a rich history and New England charm.