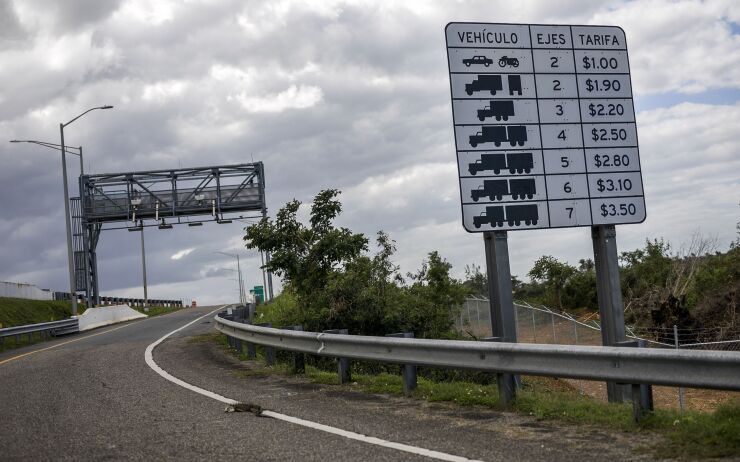 Bankruptcy Judge Laura Taylor Swain approved the Plan of Adjustment for the Puerto Rico Highway and Transportation Authority, reducing its debts by 80% and saving it more than $3 billion in debt service payments.

Swain approved the HTA debt plan on Tuesday in the U.S. District Court for the District of Puerto Rico. Swain overruled any prior objections to the plan.

The plan reduces HTA’s $6.4 billion of total claims by more than 80%, the Financial Oversight and Management Board for Puerto Rico said.

According to the terms of the HTA plan of adjustment, holders of $4.3 billion of HTA bonds would receive $1.2 billion of new bonds with 5% coupons and $389 million of cash. The generosity of the deal depends on what type of HTA bond is held.

Holders of HTA bonds may also receive recoveries through clawback contingent vehicle instruments on account of HTA claims against the commonwealth.

“The HTA Plan of Adjustment is extremely positive and reduces its debt by more than 80%, which provides significant relief to our public corporation,” Gov. Pedro Pierluisi said in a statement. “We will continue to manage the finances of our public entities in a responsible way to ensure a future of progress and sustainable economic development for Puerto Rico.”

The Oversight Board said it welcomed the decision.

“Confirmation of the plan is an important step for Puerto Rico to end its bankruptcy process under PROMESA and to achieve long-term economic stability and growth,” the board said in a statement. “Equally important, the plan creates a solid financial foundation to ensure Puerto Rico’s roads and public transportation are maintained and improved.”

The board noted the HTA must establish a Toll Management Office that is exclusively responsible for toll roads, separate responsibility for construction and maintenance between toll roads and non-tolled roads, and transfer the Tren Urbano rail transit system to the Puerto Rico Integrated Transit Authority.

The plan also settles about $2.2 billion of outstanding loans held by the Debt Recovery Authority, the successor of the Government Development Bank for Puerto Rico.

About $1.2 billion of the original par value is uninsured, and the rest is insured by Assured Guaranty, National Public Finance Guarantee, Financial Guaranty Insurance Corp., and Ambac Assurance.