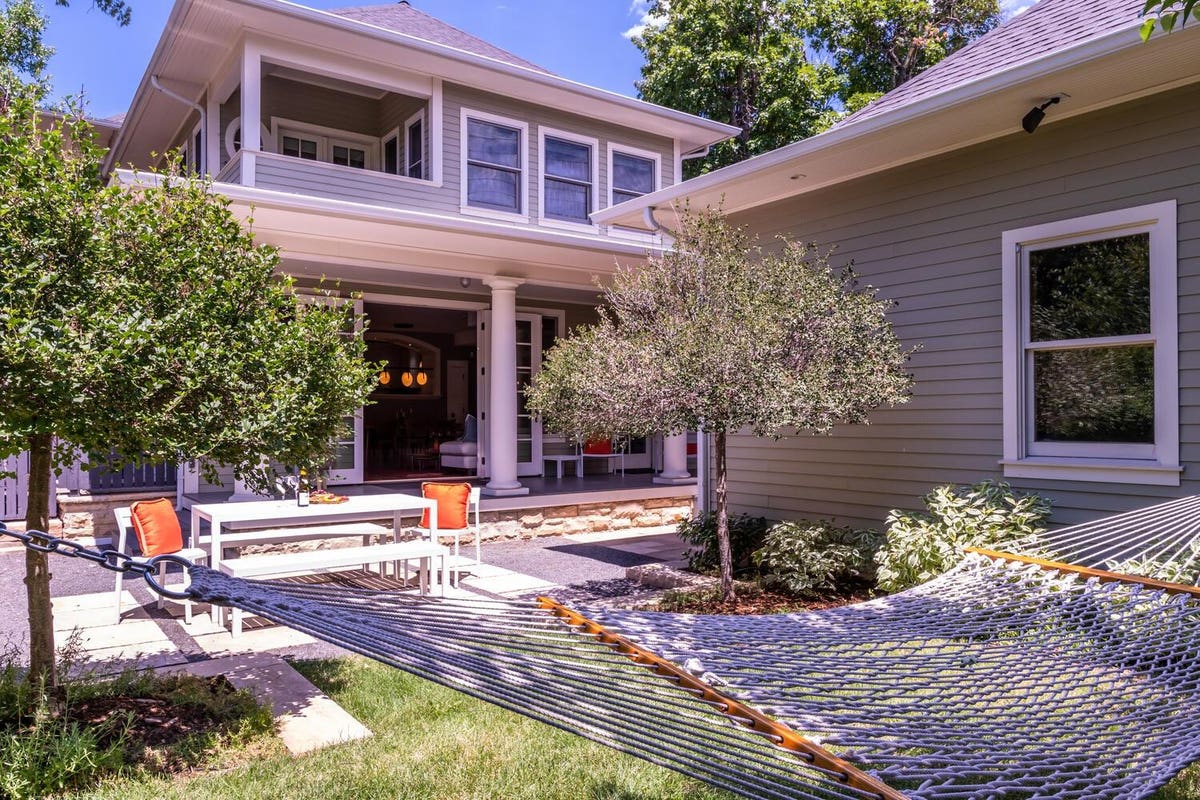 The quality of life factors are off the charts for this 1904 classic home in Boulder, Colorado.

Set in the family-oriented Mapleton Hill neighborhood, it is a short walk to vibrant Pearl Street with its shops and eateries, close to scenic Boulder Creek and near the Mount Sanitas and Sanitas Valley hiking trails.

Colonial Revival, Victorian and Queen Anne are among the architectural styles in the pocket of late 19th- and early 20th-century houses. Mature trees line the streets of the designated historic district.

This move-in-ready home has the boxy, 2.5-story appearance associated with the American Foursquare style. Three columns support the roof of the front porch, which is reached by a set of stairs. The façade blends stone, brick and painted wood shingle.

Inside, checkerboard tiles set on a diagonal line the central hall, which accesses the main living areas and a set of stairs. Millwork and arched passageways add to the refined atmosphere.

The living room features hardwood floors, a tile-fronted fireplace, built-ins and small-paned windows. The updated gray-and-white kitchen has an eat-at center island, stainless-steel appliances and a wine refrigerator. The kitchen steps down to the formal dining room.

A family room opens to the rear wraparound porch and patio beyond.

The vaulted primary suite contains a fireplace and a private deck from which the Flatirons can be viewed. The monolithic sandstone formations line the foothills on the west side of Boulder.

Two additional bedrooms are also on the upper level. A third-floor bonus room could be used as an office, studio or playroom.

Including the lower-level guest suite, there are a total of five bedrooms and six bathrooms within the 4,739 square feet of living space.

The listing agents for 720 Mapleton Ave., Boulder, Colorado, are Marybeth Emerson and Phil Booth of Slifer Smith & Frampton Real Estate. The asking price is US $5.125 million.

Boulder consistently ranks near the top of U.S. News & World Report’s annual Best Places to Live in the U.S. list. It’s a hot spot for outdoor enthusiasts, rock climbers, mountain bikers and hikers. There are more than 60 city parks and five recreation centers. Golfing and skiing are also nearby.