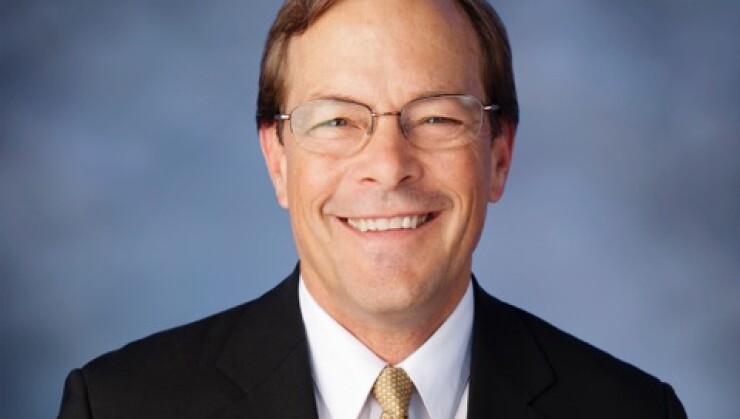 The first green municipal bond was issued nearly a decade ago, but the public finance industry — and California in particular — have been working to take it to the next level.

California’s Green Bond Market Development Committee plans to produce recommendations next year on both best practices for issuing green bonds and a method for disclosing both pre-sale and post-sale information on the Municipal Securities Rulemaking Board’s EMMA website.

The Government Finance Officers Association has been working on a similar effort. The GFOA released the first of three best practices focusing on disclosure of ESG risk factors in October.

David Wooley, who chairs the committee and is executive director of the University of California’s Berkeley Environmental Center in the Goldman School of Public Policy, has said they expect to release recommendations next year.

“We need to staff up on this, so that is why the timeline is a little uncertain,” Wooley said. “Things have been on a roller coaster, because we formed in 2019, and we were getting rolling, and then COVID-19 hit.”

The committee, which grew out of efforts by former state treasurer John Chiang to encourage more California state and local governments to issue green bonds, was formed just before current Treasurer Fiona Ma took office in 2019.

“We were approached by the treasurer’s office late in Chiang’s tenure,” Wooley said. “We began to put the idea together when Fiona Ma was elected, and she embraced it. There is also some continuity in staff between Treasurer Chiang and Treasurer Ma.”

During Chiang’s tenure, the treasurer’s office put together two green bond conferences; and a report was released based on the findings from those conferences.

“We go back to those documents a lot,” Wooley said.

Tim Schaefer, California’s deputy treasurer for public finance, was involved in creating the green bond workshops and the resulting report.

“I am happy with the focus, but disappointed with the speed; but the speed, at which the committee is developing, has been imposed by market developments,” Schaefer said.

They are working on two tracks — one report would outline what information needs to be disclosed on EMMA. The current draft recommends a set of 10 questions that underwriters would ask issuers, with the answers posted, Wooley said. The second part is they are trying to develop a product that offer guidelines for bonds labeled as green, including not just pre-sale disclosure, but what needs to be disclosed regarding green projects after bonds have been sold.

Schaefer noted the committee has no regulatory authority, nor does it seek it, but is pushing for the development of best practices and checklists for best practices.

Part of the premise behind efforts to encourage green bond issuance in California was the idea that much of what gets built in California is already adhering to green bond standards. For instance, long before the concept of municipal green bonds, California adopted green building standards, forcing buildings and water projects to adhere to stringent environmental standards. Therefore, it stands to reason more issuers should be labeling their projects as green, Wooley said.

“It hasn’t been that long ago when we were wrapped around the axle in swaps and derivative instruments,” Schaefer said. “Then the International Swaps and Derivatives Association came together with the central bankers and swap dealers and said, ‘let’s put together a document on how to put together a swap.’ That is the model I have in mind for the green bond committee.”

The committee’s research shows issuers are already tracking the performance of green projects, but though the information is readily available, the market is not organized to project that information, Wooley said.

“The question holding people back is whether there is a price benefit to issuing green bonds,” Wooley said. “If you expand the market, by drawing in ESG investors, and getting higher participation rates, it generally puts downward pressure on interest rate costs.”

But at this point, “there have not been enough green bonds sold to drill down on how much savings issuers are achieving,” said Raul Amezcua, managing director with Ramirez & Co.

“My opinion is there is a benefit today,” Amezcua said. “Every time I have analyzed a green bond issue, or talked to underwriters. They almost unanimously say: ‘We got broader interest, or we got ESG funds, who wouldn’t have bought bonds without a green label.'”

But no two bond issues are alike, so if the deal achieved a three- to five-basis-point differential, how do you apply that to a dissimilar bond? he asked.

“Greater demand means a lower interest rate, but how do you prove that?” Amezcua asked.

“If you increase the participation, and investors are confident green bonds are less risky, you will begin to see a price difference,” Wooley said. “But we need to see volume before that happens, and you need to see better disclosure.”

As the committee wrangles with the best way to disclose both pre-sale and post-sale environmentally friendly benefits of projects, it is also trying to figure out how best to report on climate risks in bond documents, Schaefer said.

“We need to do a better job of explaining to investors what climate risks are,” said Schaefer, because the adverse effects of climate change could cause some stress on the issuers’ ability to repay debt, or to repay it on time.

More robust green bond disclosure would highlight the benefits building green offers to the environment, but the committee also has to figure out how to report the risks to issuers from climate change.

“The problem is sometimes they move back and forth,” Schaefer said.

When the state issues bonds, the concepts become more complex, since a large general obligation sale often incorporates financing for smaller projects that could involve climate risk, but the risk to the state from one small project in a billion-dollar bond sale is minute.

“The state of California finances an enormous amount of projects including Huntington Beach, a state park property,” Schaefer said. “If we were to sell a bond solely for the purpose of hardening that beach from the foot of Warner Avenue to the border of Newport Beach and call it a green bond that is probably a legitimate use. But that is not what we do. We finance programs, not projects. That project might be part of a whole bundle financed by the Legislature with a GO”

The state’s smaller issuers often complain that they don’t have the staffing that larger issues do to provide such disclosure, so any guidelines can’t be one size fits all; and Schaefer said, the committee is taking that into consideration.

Smaller issuers probably will not be early adopters, “and we don’t expect them to be,” Schaefer said.

“What we are counting on is contagion,” he said referring to the multiplier effect in getting the state’s issuers to label more bonds green.

“People need to see results,” Schaefer said. “You need to get the early adopters lined up and committed to it.”