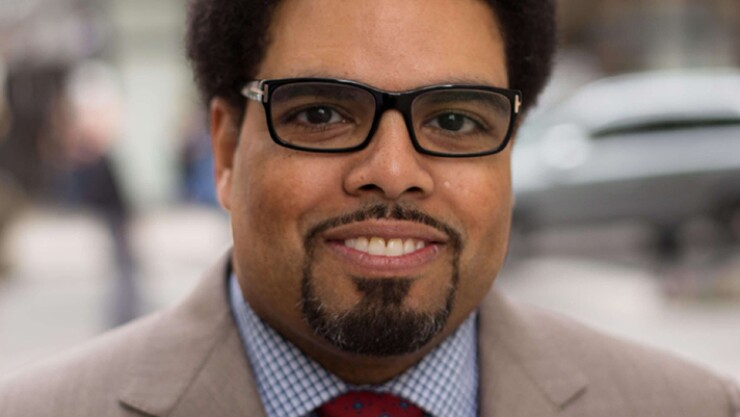 Baby bond programs aren’t a panacea for generational inequality, but remain a promising tool to chip away at such problems, experts said at an event this week in New York.

Tuesday’s event at the Federal Reserve Bank of New York, “Exploring Baby Bonds as a Tool to Improve Economic Security,” was organized in conjunction with Connecticut’s Office of the State Treasurer and the New School’s Institute on Race, Power and Political Economy.

Four experts were led in discussion on the history and implementation of the novel saving mechanism, first enacted in Connecticut in 2021, by Garnesha Ezediaro, head of Bloomberg Philanthropies’ Greenwood Initiative that seeks to address underinvestment in Black communities.

Opening remarks were given by Connecticut Treasurer Shawn Wooden, who was integral in helping to develop and getting state lawmakers to pass the first such state-backed program in the nation in 2021.

After an unexpected delay in the current state budget, the CT Baby Bonds program is to, as of July 1, 2023, deposit $3,200 into a trust account to be invested by the Treasurer for every newborn child whose birth was covered by HUSKY Health, Connecticut’s Medicaid and Children’s Health Insurance program.

The funds and their investment returns become available on the individual’s 18th birthday to invest in a business, help buy a home in-state, pay for college, or save for retirement.

A panel of public and private sector officials took on the subject from four different vantage points.

Professor Darrick Hamilton, the founding director of the New School’s Institute on Race, Power and Political Economy said that while baby bonds were by no means a “silver bullet” to addressing longstanding wealth inequalities in the U.S., they provide a unique answer to some of the most fundamental challenges.

By providing tomorrow’s adults with a “stock resource” they’ll be more able to withstand finical difficulties and economic downturns, which helps provide security that can study family units as well as the wider communities in which they live.

Hamilton, who along with economist William Darity first proposed baby bonds as a means to address the racial wealth gap in the United States in 2010, said the bonds also allow the average citizen a chance to take part in the economic gains of the nation. Despite the name, baby bonds are not actual bonds, but rather a publicly funded and managed investment, meaning the individual has a “chip” in the markets.

“It provides people some capital by which to take part in the changes we have set up and some of the returns to asset markets,” he said.

Also on the panel was Scott Winship, senior fellow and director of Poverty Studies at the American Enterprise Institute, who researches social mobility and the causes and effects of poverty and focuses on economic insecurity and inequality, among other poverty issues, according to his bio. From 2019 to 2020, Winship was the executive director of the U.S. Congress Joint Economic Committee under Chairman Mike Lee, R-Utah, after joining the staff in 2017.

During his tenure, Winship said he stood in opposition to several proposed social spending measures, but he stands behind the widespread adoption of baby bond programs.

“I was arguing against the expansion of the child tax credit and I would argue forcefully against the universal basic income,” he said. “We need a different set of policies to do that, and I think baby bonds have a lot of potential to fill that role. “

Baby bonds provide a long-term “remedy” by fostering upward mobility, while current anti-poverty measures do not, according to Winship.

While the national poverty rate has dropped, reaching a record low of 10.5% in 2019 before the pandemic, rates of upward mobility “have not improved over 50 years” according to Winship.

“That says to me that we’ve done some things with policy that have been effective at reducing point-in-time child poverty, but we’ve not been doing things that have managed to increase upward mobility out of poverty over the course of generations,” he said.

Courting conservative support for such initiatives at all levels of government will be key for a more widespread institution of such plans in the future, he added.

To that end, the branding of such initiatives may need to be adjusted, with “the language of initiative, upward mobility, entrepreneurship, ownership” being used to pitch the idea, Winship said.

Jennifer Ng’andu, managing director at the Robert Wood Johnson Foundation where she works to advance social and environmental changes, spoke about the historic mechanisms behind demographic wealth disparities and how baby bond programs can play a role in addressing the issue, stressing that widespread adoption might require a widespread shift in perspective.

It “requires us to think generationally,” she said. “I think that it’s hard for a lot of folks to do, particularly when you are faced with a fast-paced two years of urgency,” she said.

To start, it’s necessary to identify caregivers as “a vital part of shaping our economy” and encourage investment in them as we would with other resources at all levels of government, according to Ng’andu.

“You really need to shift the frame in context,” she said. “These children we’re investing are the human potential to solve your problems.”

Also on the panel was Todd Howland, chief of branch, development, economics, and social rights at the Office of the United Nations High Commissioner for Human Rights, who brought the issue into the international arena, connecting the aspirations of local baby bond programs to development efforts abroad.

“Human rights looks at the galloping income inequalities that exist today as a significant problem for the well-being of society and for the individuals within because it’s not sustainable,” he said, adding “it has a problem relative to historically creating conflict.”

Wealth and resource disparities are by no means localized issues, according to Howland. As the debate on how to rectify these issues increases in urgency, Howland said governments should focus on providing “useful guardrails” to create policies “before it’s too late.”

Despite an unsuccessful attempt last year by U.S. Sen. Corey Booker, D-N.J., to introduce federal-level legislation that would have guaranteed a $1,000 trust deposit for every child born in the U.S., baby bond programs are growing in popularity; according tothe Urban Institute, the District of Columbia has adopted a baby bond program, with proposals active in six states.