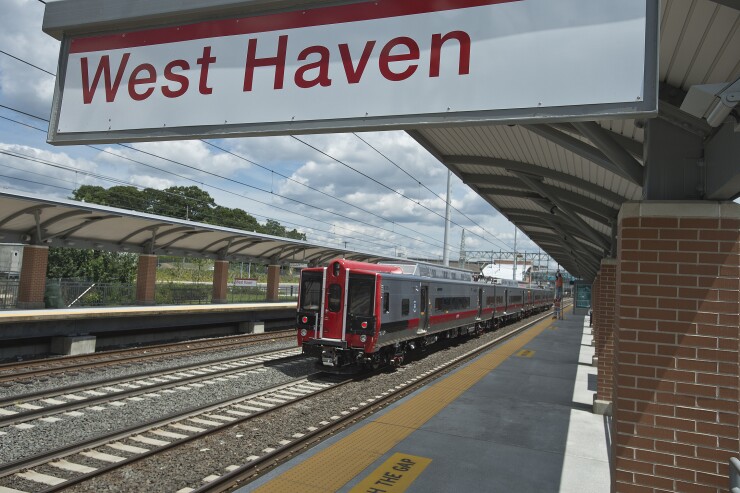 Under the oversight of a state review board, the troubled finances of West Haven, Connecticut, are moving in the right direction, according to Moody’s Investors Service, which last week affirmed the city’s Baa3 general obligation bond rating after a two-month review.

Financial mismanagement and federal corruption charges have dogged the New Haven suburb, which is under the strictest level of state financial oversight.

Moody’s put West Haven’s Baa3 general obligation bond rating under review in July after the city failed to provide audited budgetary information for the fiscal year 2021. On Wednesday it concluded the report by maintaining that rating and the stable outlook in place before the review.

The city of 54,000 attracted the state’s attention in 2017 when it issued $17 million of deficit bonds to cover budgetary holes, triggering a state law putting its finances under review by the state watchdog for municipal finances, the Municipal Accounting Review Board.

MARB gave West Haven a Tier III designation initially, allowing the state board the power to make recommendations on a wide range of budgetary and debt issues, but limited approval oversight to just labor agreements and bond refunds.

Following a series of federal wire fraud charges involving municipal officials related to the theft of $1.2 million in COVID-relief funds, as well as the alleged misspending of around $1 million more by the city, MARB advised the state in April that the city should be moved into the most severe Tier IV designation — a first in the board’s history and a recommendation Gov. Ned Lamont ultimately agreed with and instituted a month later.

MARB’s report noted “deficiencies in the City’s administrative and financial management that must be addressed in order for the City to achieve long-term fiscal sustainability,” as key issues to be overcome.

“MARB has since worked to perform “a financial assessment of governance gaps and needed financial and contractual process improvements,” according to Chris Collibee, director of communications at Connecticut’s Office of Policy and Management.

“At some point, a financial manager and likely a consulting firm will be embedded with the staff of the city to closely oversee the implementation of recommendations made,” he added via email. “The goal with every community that comes before the MARB is for them eventually to no longer need MARB oversight.”

Michael Wertz, vice president and senior analyst at Moody’s, said the city had “maintained a greater level of spending discipline over the last three years,” as well as more seriously approaching issues with governance.

“They have several new folks who are within their budget and finance departments more focused, it would seem, than previous administrations have been upon updating and modernizing their policies and procedures, particularly with respect to financial oversight and control,” said Wertz.

As the state organization has taken “a more significant and deeper role in the day-to-day oversight and management of the city’s financial operations,” analysts were given “some confidence in sort of the level of discipline that MARB sort of imposes on cities that it’s overseeing.”

West Haven’s population and economy have also grown steadily over the last few years, another good sign for the long term despite recent struggles, said Wertz.

For the city to regain full fiscal autonomy, MARB requires four benchmarks to be met: no operating budget deficits for three consecutive years, bond ratings that remain unchanged or improve, the approval of a plan that “projects positive fund balance for the next three years,” and three consecutive audits with no generals fund deficits, said Wertz.

When the city will reach those milestones is “not cut and dry,” he said.

“I think is open to some interpretation here, as the city is the first city and Connecticut to reach tier four designation,” he said. “How those will be interpreted and imposed I think will be a subject for tomorrow’s discretion.”

West Haven currently has $122 million in outstanding bond obligations and is slated to receive $18.8 million in funds from the American Rescue Plan Act.