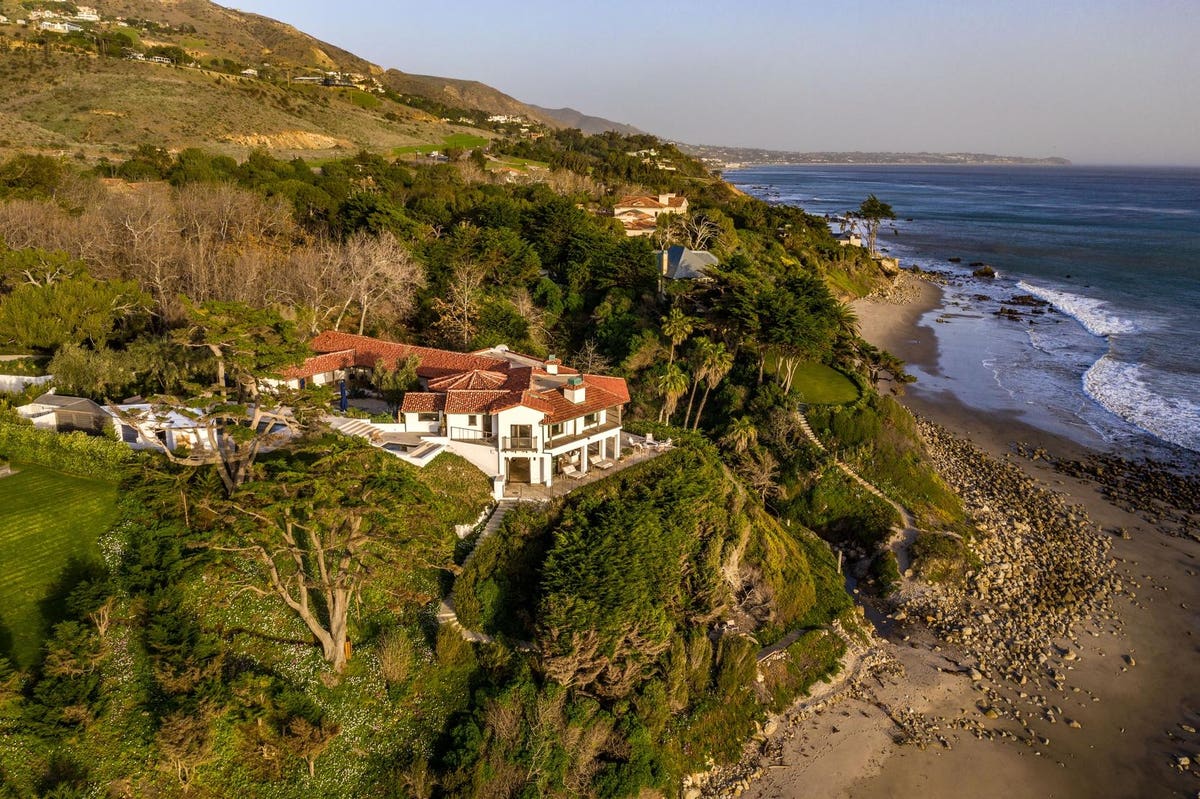 Kim Kardashian has lived in a variety of homes, but she always has stayed close to Los Angeles with homes in Beverly Hills, Beverly Grove, Bel Air and Hidden Hills. Now she is moving about an hour away to Malibu where she bought an oceanside estate that once belonged to supermodel Cindy Crawford.

At $70.4 million, it is the most expensive home sold in Malibu this year and the fourth priciest in California. Her new oceanfront property will keep her close to many other celebrities who live in the area, including Lady Gaga, Courtney Cox, Leonardo DiCaprio and Cher. It’s about an hour’s drive to Beverly Hills and Bel Air.

The spacious and luxurious primary suite includes a fireplace and sitting area as well as dual spa-like bathrooms and a walk-in closet. The other bedrooms include their own en-suites, with one having a private entrance, bathroom and kitchen. A gym with vaulted ceilings and a media room complete the villa.

The mansion sits behind gates on over 3 acres of manicured grounds above Malibu’s El Sol Beach. A private path leads down to the white sandy beach, accessible only to the handful of surrounding mansions that make up the neighborhood. The house was designed to take advantage of panoramic views of the shore. Mature trees, including palms, surround the house, adding natural beauty and character.

In between running her mega-successful brands KKW Beauty and Skims and raising four children, Kardashian has also made some big moves in the real estate market. For example, she has listed a Vincent Van Duysen-designed condo in Calabasas (featured on Keeping up With the Kardashians and formerly an office for her shapewear line, Skims) for sale for $3.5 million. And she paid her ex-husband, Kanye West, $23 million for his share of the sprawling Calabasas mansion where the couple had lived with their kids since 2014.

A spectacular pool and spa including a cabana with its own fireplace, tennis courts and multiple outdoor decks provide options for entertaining and enjoying the stellar sunsets for which Malibu is known. A private path leads down to the white sands of El Sol Beach, accessible only to the handful of surrounding mansions that make up the neighborhood.

Mature trees, including palms, surround the house for a serene, natural feel. Nearby options for entertainment include the Malibu Riding and Tennis Club and the iconic Paradise Cove Beach Cafe, with the boutiques and restaurants at the Malibu Country Mart just a scenic 15-minute drive down the coast.

Kardashian’s new home was listed with Jade Mills of Coldwell Banker for $99 million, according to TopTenRealEstateDeals.com.

From the Fed to Europe’s currency crisis, here’s what’s behind this selloff in financial markets
Another move to higher yields on short end on FOMC jitters
Tax appeal may impact PILOTs for American Dream mall in New Jersey
Stocks making the biggest moves in the premarket: AutoZone, Take-Two Interactive, bluebird bio and more
Does the Ethereum Merge offer a new destination for institutional investors?