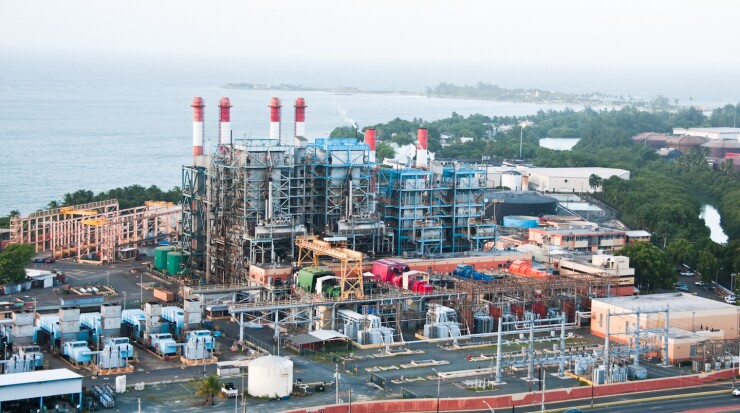 Puerto Rico Electric Power Authority bondholders asked the bankruptcy court Monday to dismiss the proceedings as a step to appointing a receiver for the authority after the Oversight Board abruptly ended mediation Saturday morning.

The bondholders may get to choose the receiver for the authority, which could “set affordable and sustainable electricity rates sufficient for PREPA to pay its debts and improve the quality of its service,” the bondholders said.

PREPA owes $8.26 billion in bond principal, more than $700 million in fuel line of credit loans, as well as other debt. It has been in Title III bankruptcy since summer 2017.

Over the weekend, Hurricane Fiona left most of Puerto Rico without electricity. Gov. Pedro Pierluisi at a news conference Sunday said he couldn’t estimate when power would be restored. It is unclear how or if Fiona’s devastation will affect the bond restructuring.

The bondholders made their request in response to the Oversight Board ending the mediation process Saturday morning, six months after the latest mediation had commenced. The board asked bankruptcy Judge Laura Taylor Swain to set aside several months to litigate issues in the bankruptcy.

The Ad Hoc Group of PREPA Bondholders, Assured Guaranty, Syncora Guarantee, and National Public Finance Guarantee (together the “bondholders’ group”) rejected this approach in a Monday morning filing, calling for dismissal of the bankruptcy or a lift on the stay on litigation and the subsequent appointment of a receiver. Alternately, it said Swain should require the board to propose a plan of adjustment by Nov. 1 and a timetable with a plan confirmation hearing scheduled no later than May 1, 2023.

Puerto Rico Attorney John Mudd said, “Judge Swain has her work cut out for her.”

Both sides, he said, make valid points: the board is correct that lift stay motion is contingent on bondholders having a secured claim and not receiving adequate protection, while bondholders, even if they don’t have a lien, as the biggest creditor … would be entitled to substantial payments in a plan of adjustment.

“The biggest question, however, is whether Judge Swain is willing to wait 18-24 more months for a plan of adjustment,” Mudd said.

The Unsecured Creditors Committee, a group of PREPA retirees, PREPA fuel line lenders, the bond trustee, and the Puerto Rico Fiscal Agency and Financial Advisory Authority all made filings after the board’s action.

The bond trustee, U.S. Bank N.A., said it supported the bondholders group’s position. The board’s proposed litigation approach, the bank said, would be unfair and the proposed schedule would not provide it enough time to respond or prepare a defense.

The fuel line lenders objected to how the board wants to treat their claims, which were dependent on the existence of a 2019 Restructuring Support Agreement, the lenders told Swain. Now that this deal has been scuttled, the board’s request to quickly restart the proceedings’ arguments and then dismiss the lenders’ complaints, makes no sense and is illegal, the lenders said.

“There is now no pending settlement or plan [of adjustment] that purports to address or resolve priority issues,” the lenders said. “As such, it is unclear, at best, whether the court has subject matter jurisdiction over the Current Expense Complaints.”

Further, the fuel line lenders said they have not had sufficient chance to consider their position in the bankruptcy, as the board ended mediation just 55 hours earlier. The lenders asked Swain to require the board to file an amended complaint in its lien challenge litigation and let the lenders file their opinion two weeks later.

Given the health of Puerto Rico’s economy, which outperformed government projections, and $12.2 billion of federal aid committed to the authority, PREPA can afford to pay its bonds in full, the bondholders said.

Puerto Rico Clearinghouse Principal Cate Long agreed the commonwealth is in better financial condition than the board claims. “Tax revenues are way up, unemployment is way down and new federal subsidies (federal earned income and child credits) have begun flowing to the island providing much higher levels of cash to households.”

The board’s claim about surging fuel prices as a result of the Russia-Ukraine war are “essentially irrelevant” since PREPA “will be deriving the majority of electrical generation from renewable energy sources in the medium term,” she said.

Following the board’s approach would likely mean two more years before resolution, the bondholders said. The real goal of the board up to now and at present is “litigation and delay.”

While the board says legal issues are the “gating” issues delaying progress toward a bond deal, the bondholders say the real issue is: “What can PREPA afford to pay its bondholders and other creditors to fairly and equitably adjust its debts, exit bankruptcy, reduce expenses, and reemerge as a trusted financial counterparty?”

The bondholders say the board could incorporate into a proposed plan of adjustment a “‘toggle’ feature, in which it prescribes various treatment[s] for PREPA’s other creditors based on a final adjudication of the extent and nature of the PREPA bondholders’ claims.”

A PREPA retirees group asked for a delay in the response deadline, as the power outages prevented them from conferring with lawyers.

Swain said in a statement she would not extend the deadlines but would continue to monitor conditions and could change her decision. She is currently scheduled to consider the proposals to deal with the PREPA bankruptcy at a hearing on Wednesday.