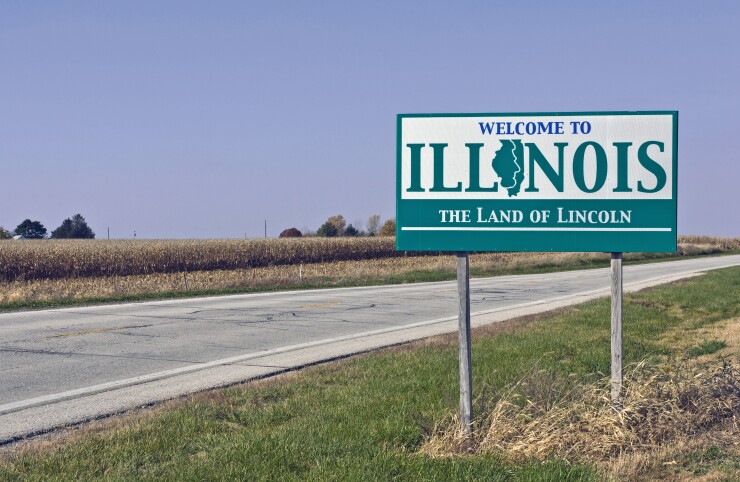 The state will spend an overall $24.6 billion under the six-year program for roads and bridges with $3.7 billion in spending during the current fiscal year. About $18.8 billion goes to roads with the remainder spent on bridges.

Another $10 billion of additional spending is planned for ports, rail, transit, and airports under the updated six-year multi-modal program with $6.5 billion for transit, $2.5 billion for passenger and freight rail, $817 million for aviation, and $150 million for ports.

”Thanks to last year’s passage of the Infrastructure Investment and Jobs Act the investment we are making in our roads and bridges is our highest yet,” Pritzker said. “Roads and bridges aren’t all that we are focused on. It covers every mode of transportation.”

The federal package will boost Illinois’ ongoing six-year road and bridge spending by $4 billion but a total of $16 billion in additional funding is expected in the coming years across all modes of transportation in the new federal transportation package, with the state eligible to also compete for billions more through federal discretionary programs and grants.

In addition to federal dollars, the transportation packages rely on borrowing and pay-as-you spending. The state’s six-year infrastructure program Rebuild Illinois adopted in 2019 lays the groundwork for funding although IDOT is facing higher supply costs of about 10% for steel and asphalt.

The road and bridge program relies on $4 billion of borrowing, $1 billion of local funds, $6 billion of other state funds, and $13.3 billion of federal dollars.

The updated six-year program also will mark the state’s first use of the design-build process for some projects, which will allow for “greater efficiency,” said Illinois Department of Transportation Secretary Omer Osman.

Pritzker in June signed the Innovations for Transportation Infrastructure Act, laid out in Senate Bill 2981, which allows IDOT and the Illinois Toll Highway Authority to skip the “bid” step in the design-bid-build delivery model both currently use.

Backers of the change believe it streamlines the process and reduces costs by allowing a single contractor to handle both the design and construction of the project. Any projects that adopt this method would be capped at a combined total of $400 million.

Starboard snaps up a position in Wix, and building free cash flow may become a focal point
The impact of the Wintermute hack could have been worse than 3AC, Voyager and Celsius — Here is why
Illinois makes sales pitch for its paper ahead of $700 million deal
7 Steps to Getting Started in the Stock Market & Investing in Your First Stock!
Billionaire Lukas Walton’s family office accelerates impact-investing push