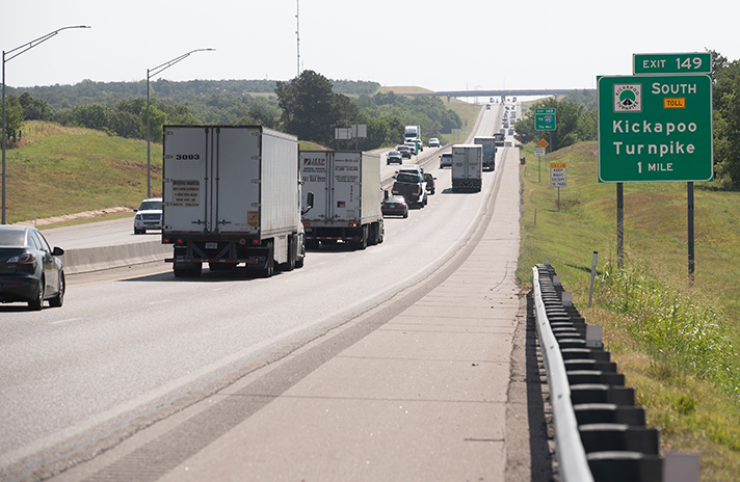 An oversight panel on Tuesday approved $500 million of bonds for the Oklahoma Turnpike Authority subject to conditions that include the dismissal or resolution in its favor of two lawsuits challenging a toll road extension plan and state supreme court validation of the debt.

The Oklahoma Council of Bond Oversight gave the OTA until Feb. 5, 2023, to meet the conditions for the sale of $450 million of second senior revenue bonds to initiate funding for the $5 billion, 15-year ACCESS (Advancing and Connecting Communities and Economies Safely Statewide) plan and $50 million of refunding bonds.

The OTA expects to head to the Oklahoma Supreme Court as soon as Wednesday, according to Wendy Smith, its finance and revenue director.

“The validation action gives all persons interested in the matter an opportunity to be heard, present legal opposition against the issuance of the bonds, and ensures the authority has the legal authorization to undertake the projects to be financed by the bonds, thereby providing certainty for all involved,” she said in an email.

The OTA, which assembled a team to sell the bonds as soon as December, filed motions to dismiss the two lawsuits in Cleveland County District Court. It contended the state supreme court has exclusive original jurisdiction over challenges made in the case filed by organized opposition group Pike Off OTA and others, which claims the OTA is not legally authorized to issue bonds, fund, and build three turnpike projects in the ACCESS plan. In the other lawsuit, which alleges Open Meeting Act violations, OTA said the claims were legally insufficient.

A court hearing was held last week on the OTA’s motion to dismiss the latter case with the judge taking the matter under advisement.

Robert Norman, an attorney representing plaintiff property owners in the path of turnpike extensions, said the challenges to the ACCESS plan will have to be resolved in court.

Ahead of the meeting, plaintiffs’ lawyers contended the litigation should prevent the council’s approval of the bonds.

Randy Carter, a spokesman for Pike Off OTA, welcomed the move by the council.

“The ship turned in our direction just a little bit,” he said.

The lawsuits had led the council to place a restriction on the OTA in May with approval of a $200 million revolving line of credit to jump start funding for the ACCESS program that prohibited its use for projects challenged by litigation.

In June, the OTA board terminated the unused credit line with Wells Fargo, authorized $950 million of bonds instead, and charted a path to get the debt approved by the oversight council and then validated by the Oklahoma Supreme Court.

Gov. Kevin Stitt officially unveiled ACCESS Oklahoma in February, calling it “a bold investment in our future that provides needed corridor connections and expansions while making travel easier and leading to more economic development across the state.”