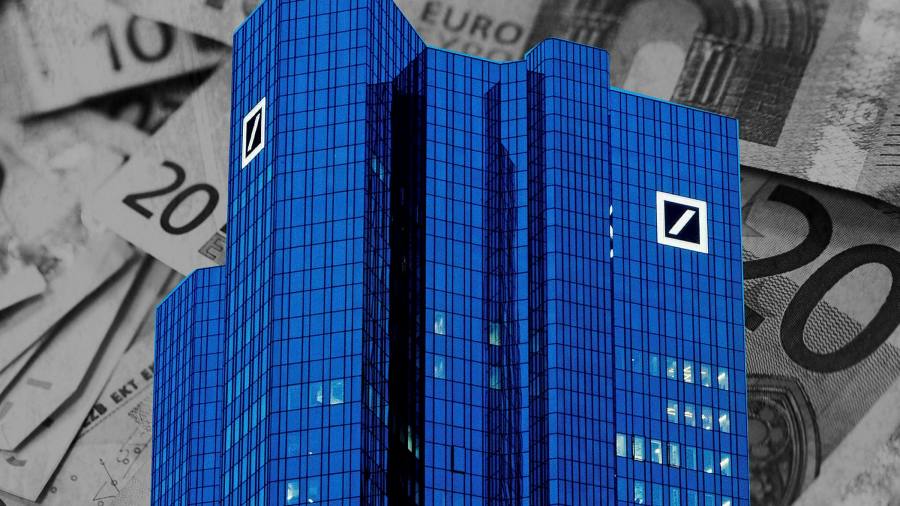 Deutsche Bank staff broke regulatory rules and company policy to enable clients to siphon off millions of euros in government revenues, according to an internal investigation on its role in one of Europe’s biggest tax scandals.

More than 70 current and former employees are under investigation by public prosecutors in Cologne over the scandal, highlighting the German bank’s exposure to the multibillion-euro “cum-ex” tax fraud scheme that is the subject of a sprawling inquiry by law enforcement authorities.

Cologne public prosecutors are investigating 1,500 people as part of a broader inquiry into the scheme, which misappropriated government revenues in a long-running fraud involving leading banks including Barclays, Macquarie and UniCredit’s HypoVereinsbank.

Prosecutors have been investigating the scandal for years, but the inquiry stepped up this month when a former senior banker from Fortis bank was arrested in Mallorca at the behest of Frankfurt prosecutors.

Deutsche’s internal investigation, which dates back to 2015 and was conducted by law firm Freshfields, was shared with public prosecutors. It forms a key part of the criminal investigation against the bank’s employees by the law enforcement authority in Cologne, said people familiar with the matter.

The tax fraud is estimated to have cost the continent’s taxpayers billions of euros and involves share deals executed before and after a stock’s dividend payment that duped governments to reimburse taxes that were never paid in the first place. The fraud has been dubbed cum-ex, which is derived from Latin meaning “with without”, and refers to the disappearing nature of the dividend payments.

Deutsche’s tax department early on tried to keep the bank away from cum-ex activities after its investment bankers requested permission to directly engage in such trades, the investigation found. The lender’s tax specialists argued that the refunds, while technically possible under the German tax code at the time, were fraudulent and created a massive reputational risk.

However, London-based investment bankers at Deutsche worked around that ban, according to the probe. “We identify a number of breaches of legal or regulatory requirements or internal policies,” Freshfields said.

In Germany, tax authorities refunded at least €3.9bn in illicit tax refunds between 2001 and 2011, according to the finance ministry.

The Freshfields report found that Germany’s largest lender generated millions of euros in fees by knowingly providing investment banking services to clients who specialised in cum-ex trading. The bank also engaged in derivatives trading that indirectly exploited loopholes that have been declared illegal.

Between 2008 and 2011, Deutsche even held a 5 per cent stake in Luxembourg Financial Group Holding, the owner of one of the cum-ex focused investment funds that was also one of Deutsche’s problematic investment banking clients, according to a previous Freshfields investigation concluded in 2013 and also seen by the Financial Times.

“Today Deutsche Bank takes a very critical view of these financing activities and is co-operating with the investigations by the authorities in this regard,” the bank said.

Germany’s highest court, in a landmark ruling in 2021, declared that cum-ex transactions have always been fraudulent, dismissing dissenting opinions from various law firms including Freshfields.

Among the deficiencies listed in the Freshfields report was a lack of controls that ensured bankers would actually abide by the lender’s internal policies.

Instead of relying on the relevant desk to “police its own activities”, Deutsche “ought to have put systems in place to ensure that the desk traded within the parameters set in transaction approvals”, the law firm argued.

Freshfields criticised the lender for accepting clients that clearly specialised in cum-ex trading and borrowed heavily from Deutsche to fund the transactions. Deutsche also provided shares used in cum-ex deals and sold hedges required to protect against sudden price swings on the stock exchange.

The report said “senior business managers discussed the reputational issues relating to providing leverage to potential cum-ex purchasers” and concluded the “risks were acceptable”. Those senior bankers “fully understood the nature of cum-ex trading and were aware that [some clients] would indirectly engage in such trades”.

Moreover, the report said, Deutsche’s fee arrangements with those clients were not properly documented.

The Freshfields probe found that Deutsche itself engaged in derivatives trading that exploited the tax loophole. In 2007 an internal memo seen by the FT described it as an “ongoing opportunity”.

Deutsche estimated it could generate €50mn in annual profit per year by trading certain derivatives around the dividend date, according to internal documents reviewed by Freshfields, stressing that “we do not physically buy the shares nor are we the person who has to apply the [tax claim]”.

According to the Freshfields probe, the subsequent trading activity violated the “spirit and purpose” of Deutsche’s internal rules, which were designed to limit the bank’s involvement in cum-ex trading — a goal that according to the probe was widely ignored.