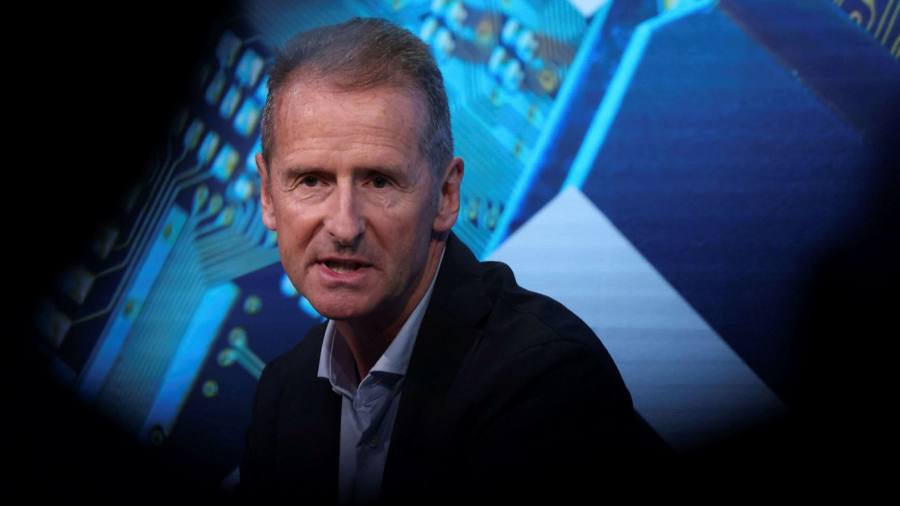 Volkswagen’s chief executive Herbert Diess, the architect of the German carmaker’s multibillion-euro push into electric vehicles, will leave the company within weeks after being forced out by union leaders and shareholders.

The 63-year-old, who took over in the years following the VW emissions scandal, will be replaced by Porsche chief executive and former VW manager Oliver Blume from the start of September. His departure follows a vote by VW’s supervisory board, which is controlled by a loose alliance of workers’ representatives and the state of Lower Saxony, the company’s second-largest shareholder.

The 20-seat board, which includes representatives from VW’s anchor shareholders, the Porsche-Piëch family, voted unanimously to replace Diess, according to two people with direct knowledge of the matter.

Diess had made it his mission to catch up with Tesla and become the world’s largest electric car producer by the middle of the decade. He oversaw the launch of VW’s first purpose-built electric cars and committed to spend €52bn on developing battery-powered models, while imposing big cost cuts.

But his tenure was marred by repeated clashes with VW’s powerful German works council, which represents most of its 300,000 workers in the country and occupies 10 of the 20 seats on the company’s supervisory board. Diess provoked outrage from unions last year after privately suggesting that VW had 30,000 excess staff in Germany.

“Our focus as an employee organisation is clear: all our colleagues must be involved. Today’s decisions pay tribute to this.”

The announcement by VW comes just hours after Diess posted a holiday message to workers as they start their summer break.

“I am very satisfied with our performance . . . I have no doubt that we will gain further momentum in the next months,” he wrote, adding that sales had been hurt by shortages in semiconductors and other bottlenecks.

However, his management style and propensity for comparing VW unfavourably to electric market leader Tesla, which has built a plant in nearby Brandenburg, have been consistently criticised by workers’ representatives.

In an interview last November, Cavallo also criticised Diess for problems with VW’s software development programme, as well as recent poor performance in China, its largest and most profitable market.

Diess had overseen the amalgamation of VW Group’s disparate software teams into a company called Cariad, but the unit has been plagued by delays and had exceeded its budget.

“Cariad has probably brought too many problems and challenges for the VW Group and the individual brands,” said Ferdinand Dudenhöffer, director of the CAR Center for Automotive Research in Duisburg. “Missed production starts and software problems have cost a lot of money.”

Diess, a former BMW executive who was a rare outsider within VW, will be replaced by Blume, who was born near VW’s Wolfsburg headquarters. The new chief has spent his professional life within the group, most recently as head of its Porsche brand, which is set to be partially floated later this year.

Blume, who will remain Porsche chief executive once he takes over Diess’s job, has overseen the development and market launch of the electric Taycan model, which has overtaken the classic 911 in sales.

“My focus will be on the customers, brands and products,” he said. “The human component is always at the forefront for me. Team spirit, fairness and passion are essential for success.”

This Week’s Must See Earnings Charts
Should You Bank On Financial ETFs Now?
Fed leaders, unswayed by softer CPI, see rate hikes into 2023
Stocks making the biggest moves midday: Disney, Poshmark, Vroom and more
These Are The Most Expensive Neighborhoods On L.A.’s Westside