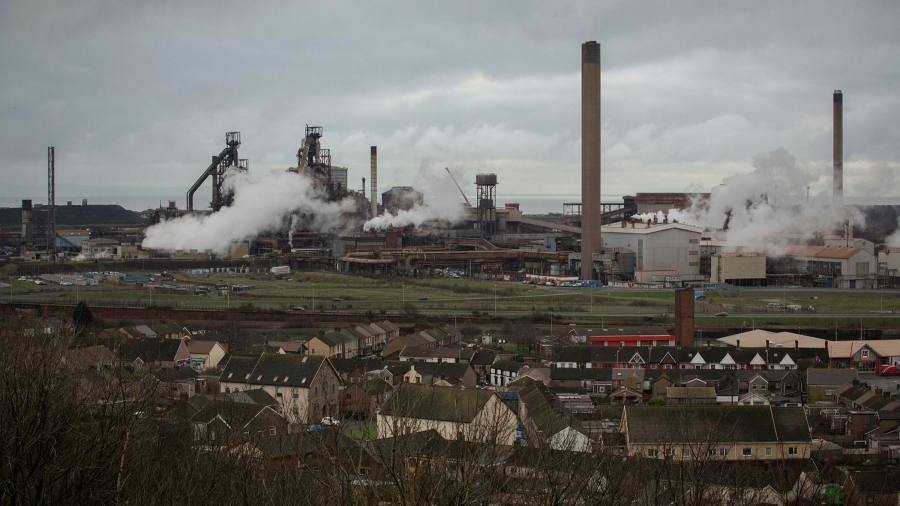 The owner of the UK’s largest steelworks, Tata Group, has threatened to shut down operations if the government does not agree in the next year to provide £1.5bn of subsidies to help it reduce carbon emissions.

Tata Steel UK runs the Port Talbot plant and employs nearly 8,000 people across all its operations. As one of Britain’s largest industrial groups it is among the biggest emitters of carbon dioxide. Executives have been in talks with the government about decarbonisation plans, but discussions have stalled.

“A transition to a greener steel plant is the intention that we have . . . But this is only possible with financial help from the government,” Natarajan Chandrasekaran, chair of Tata Group, told the Financial Times.

“We have been in discussions over the last two years and we should come to an agreement within 12 months. Without this, we will have to look at closures of sites,” he said.

Building these electric arc furnaces and decommissioning the blast furnaces would cost around £3bn, with Tata seeking £1.5bn from the government, the people said.

Decarbonising the UK steel industry is vital if the country is to meet its pledge to reach net zero greenhouse gas emissions by 2050. The Climate Change Committee, a government advisory body, has advised that the sector needs to be “near zero” by 2035.

But business leaders have said a series of domestic political crises under outgoing prime minister Boris Johnson has made it difficult to get sustained senior-level engagement on investment decisions, including those of national strategic importance.

Around 80 per cent of UK steel is made in blast furnaces at two sites: Tata’s Port Talbot plant in Wales and a British Steel site at Scunthorpe. The process, which uses coking coal to melt iron ore and remove oxygen, is highly carbon-intensive. Carbon dioxide is a byproduct, while large amounts of energy are also required to heat the furnaces above 1,000C.

Under Chandrasekaran, Tata has reduced debt, sold unprofitable international businesses and simplified the sprawling group. It has also expanded in its home market of India, investing in renewable energy and digital businesses. The group has also been building out its steel business in India, where demand is growing strongly and return on investment is far higher than in the UK.

In 2016, Tata Steel UK said it would “explore all options for portfolio restructuring, including the potential divestment of Tata Steel UK, in whole or in parts”.

Trade body UK Steel has said the industry will need to consider all possibilities for reducing its emissions, including steelmaking methods that use hydrogen instead of coking coal, more use of scrap steel in electric arc furnaces, or capturing and storing carbon emissions from blast furnaces.

In 2020, the sector accounted for 11.1 per cent of Britain’s industrial emissions and 2.6 per cent of all UK greenhouse gas emissions.

MPs on the environmental audit committee said last month that steelmaking in the UK could be at risk if the government did not provide more financial support for cutting emissions.

The UK government said: “Steel plays a critical role in all areas of the UK economy and Tata is a valued steel producer and significant employer in the UK.”

The subsidy sought by Tata exceeds the government’s current decarbonisation funding for the sector, which includes a £289mn “Industrial Energy Transformation Fund” and more than £1bn to support energy efficiency, low carbon infrastructure and research and development.

A spokesperson for Community, the steelworkers union, said: “This intervention from Tata is shocking, and has been made without any consultation with the trade unions. For months we’ve been in discussions with the company, but we should be clear there is no agreement on the decarbonisation roadmap.”

Charlotte Childs from the GMB union said: “This is deeply worrying news. UK steel is a critical part of the nation’s industrial infrastructure and central to our national security . . . It’s essential the government act quickly and show they are serious about this vital industry.”