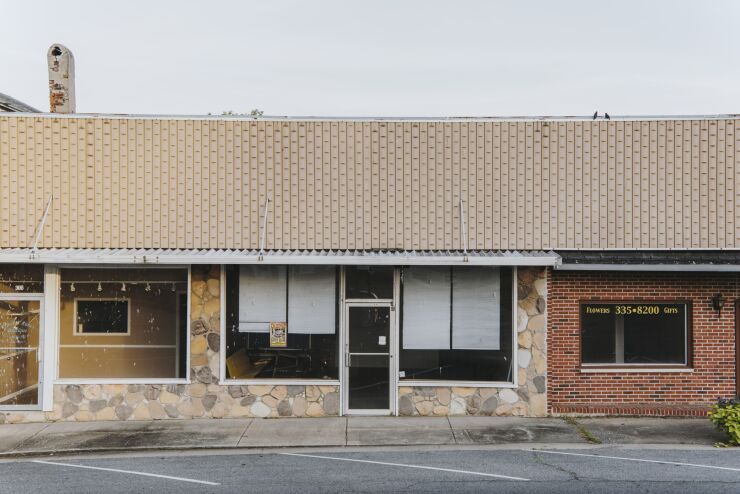 The “social” part of environmental, social, and governance evaluations poses the most downside risk to governmental and not-for-profit issuers in the Midwest and Central regions, S&P Global Ratings said in an ESG report published Tuesday.

Analysts put an “elevated” risk label on its social scorecard, and “neutral” labels on environmental and governance factors in a report that looks at each category and specific issues that could be the most influential and material when analyzing borrowers’ credit worthiness.

“We view the exposure to social risks as moderately negative within our credit rating analysis for rated entities in this region,” the report’s authors wrote.

“In our view, the risks stem from long-term demographic trends reflected in population stagnation or decline, which are driven by out-migration trends for employment opportunities in other parts of the country,” analysts Ying Huang, John Sauter, and Nora Wittstruck wrote. “We believe the recent trend of housing price and home value appreciation, particularly in certain urban areas in this region could exacerbate social risks and affordability.”

Population trends are poor in much of the region, with only Minnesota and the Dakotas considered stronger relative to national trends over the previous decade and only Indiana and South Dakota ranked stronger over the next decade.

The population trends mean the region has a higher old-age dependent population than the nation as a whole.

“A shrinking working-age population could hinder long-term economic diversity and development as well as challenge demand for not-for-profit entities,” the report said.

“This, coupled with a population that is aging more quickly compared to the nation, could result in state and local government budgetary pressures relating to education, health care, and social services as well as pension and other postemployment benefit contributions,” the report said.

Such trends also could pressure revenue generating options such as property taxes and utility fees as costs for services and infrastructure are spread across a smaller or shrinking base. For the utility sector, that could make it difficult to fund infrastructure maintenance, expansion, and transition to renewable energy sources.

On the healthcare front, an aging population would bolster demand for providers but it could increase hospitals’ spending on advanced and more expensive medical technologies and impact their ability to manage lower governmental reimbursement through Medicare.

“Since the funding formula for school districts in most of these states are driven by enrollment, declining enrollment and heightened competition could pressure those schools that may be required to enhance curriculum and renovate facilities to attract prospective students,” the report said.

For higher education, most states saw enrollment declines for a collective 9.9% drop over the last decade above the national average of 1.8% which suggests out-migration in the younger age group toward education and future employment opportunities in the other parts of the country.

Such negative trends could have implications for state appropriations and direct impacts on student tuition and auxiliary revenue.

Indiana was a notable exception that saw 26% growth driven by the expansion of on Purdue University’s online and physical campuses and the opening of other higher education institutions.

“We believe the online education experience in Indiana highlights a potential mitigating factor to the region’s social capital risk to expand demand nationally or even globally, subject to effective financial governance and successful management of program quality and student outcomes,” the report said.

The 13-state region’s employment base is also growing at a slower pace than the nation. Manufacturing jobs were lost during the pandemic but grew modestly last year. With shifting greenhouse gas emissions policies and increasing automation of work, a resurgence is unlikely except for activity driven by electric vehicles.

“The loss of manufacturing jobs could have a significant effect on human capital and potentially require government financial or operational support to attract new industries or retrain employees, given how reliant the region is on this industry,” S&P said.

Labor’s domination in both regions adds a layer of risk. “A key aspect of our credit rating analysis is management’s ability to manage operational challenges such as labor strikes and maintain budgetary balance,” S&P said.

Environmental factors vary across the region S&P analyzed, whose 78 million residents account for 24% of the nation’s population and span 850,000 square miles, but so far “are typically neutral to our credit rating analysis” for most governments and not-for-profit enterprises, S&P said.

S&P does see heightened or emerging environmental risks at local levels stemming from flooding and severe storms, water contamination, and reliance on heavy greenhouse gas emitting industries but other positives tamp down concerns.

“The influence from these risks for most entities is limited because of infrequent occurrence or available financial mitigants, such as strong budget flexibility and liquidity, availability of insurance, and support from the Federal Emergency Management Agency,” S&P said.

The presence of the Great Lakes, the largest body of fresh water in the world, is a positive and could eventually prove a population and business draw.

Governance issues also fall into the neutral category despite the presence of negatives among some states related to ineffective monitoring of risk and the presence of burdensome pension obligations in states including Illinois and Kentucky that can pose a drag on risk management.

“While we believe there are some governance weaknesses in the region, overall we view it as neutral given the comparatively stable management and governance assessments in our credit rating analysis for governments and not-for-profit entities,” S&P said.

S&P began including in April 2020 a summary paragraph in issuer-level credit reports. S&P views the move as one that provides transparency of how material and influential ESG risks and opportunities are viewed which matters to credit analysis because they can impact an issuer’s ability to meet debt service obligations.

The rating agency outlines if views in “Through The ESG Lens 3.0: The Intersection Of ESG Credit Factors And U.S. Public Finance Credit Factors,” published March 2 and “Environmental, Social, And Governance Principles in Credit Ratings” published in October.

Some Republican-controlled states have pushed back against the scores with claims that analysts are politicizing the ratings process or even possibly acting illegally. Utah officials led the initial charge against S&P in April, followed by West Virginia later in April and more recently Idaho, which objected to S&P’s use of ESG scores and “any attempts at subjective quantification beyond the conservative and careful management of a state’s finances, repayment of debt, and a state’s ongoing creditworthiness.”

In a May 9 frequently-asked questions document, S&P said market participants were increasingly seeking ESG-related data and that its ESG credit indicators cannot cause upgrades or downgrades.