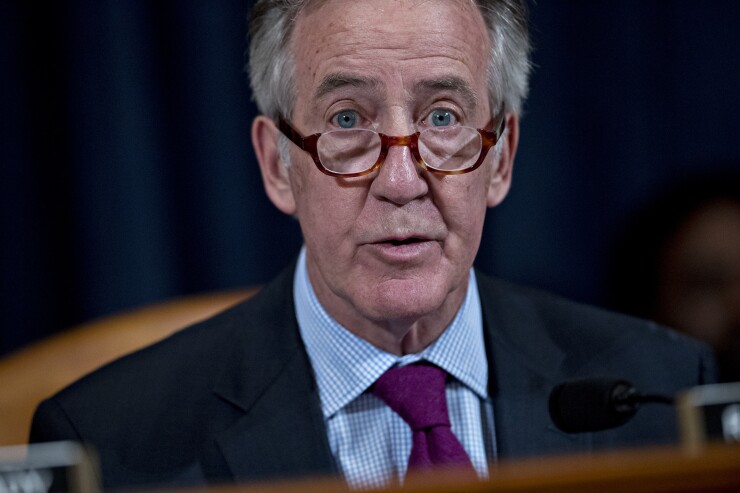 House Ways and Means Committee Chairman Richard Neal is seeking to turn up the dial on his housing agenda, reigniting discussions around what an expansion of the low-income housing tax credit may look like in the months leading up to crucial midterm elections.

The credit was a major part of the discussion during the Ways and Means Committee hearing on Wednesday. Low income housing tax credits are often used in conjunction with tax-exempt bonds to finance affordable housing.

The low-income housing tax credit, as laid out in drafts of Build Back Better last year, would be expanded by reducing the bond financing threshold to 25% from 50%, increasing the allocation cap by 10%, and other measures.

The Neighborhood Home Investment Act as included in Build Back Better would offer tax credits to attract private investment for building and rehabilitating owner-occupied homes.

“Both of these programs enjoy bipartisan support, and I hope I can count on colleagues on both sides of the aisle to continue our work to pass them into law,” Neal said.

The hearing brought in guests to speak on their experience with some of these programs and whether an expansion makes sense for the many facets of the market. For some, the low-income housing tax credit has drawn new interest to affordable housing.

“We have investors that may typically not be interested in affordable housing, providing 10 years of capital on day one that ends up in the capital stack and helps us build the buildings,” said Audra Hamernik, president and chief executive officer of Nevada HAND in Las Vegas. “Without the tax credit, I’m not so sure they would be interested and we certainly couldn’t find similar capital that would be debt free,” she added.

“It’s absolutely critical to affordable housing development to have the tax credits to find those types of investors.”

Similarly in California, the low-income housing tax credit has helped those regions affected by wildfires.

“I’ve seen the low income housing tax credit work extremely well,” said Rep. Mike Thompson, D-Calif. “We were able to get a special carve out for areas hit by disasters and we have built literally hundreds of units of homes to provide a place for people to live.”

In some instances, the only thing standing in the way of filling the large amount of demand for homes in this country, is the lack of more subsidies of the like, Hamernik told the committee.

Rep. Ron Kind, D-Wis., said the program was highly successful in his home state of Wisconsin, where his old elementary school was converted into an affordable housing unit with the tax credits and grant money from the American Rescue Plan Act.

But Republicans pushed back.

“The idea that the federal government is not doing enough is a little absurd, particularly in light of the low-income housing credit providing 90% of the cost of new units,” said Rep. Tom Rice R- S.C.

The credits rarely cover 90% of the project, Hamernik said, and typically amounts to between 70-80% of low income projects.

But there are still challenges to accessing the program, as according to Hamernik, it is fiercely competitive and can hardly keep up with the demand there is for low-income housing.

Reducing the bond financing threshold to 25% from 50%, as stated in the draft legislation, would “allow states to use their bond authority more efficiently and help more developers access those bonds,” Hamernik said.