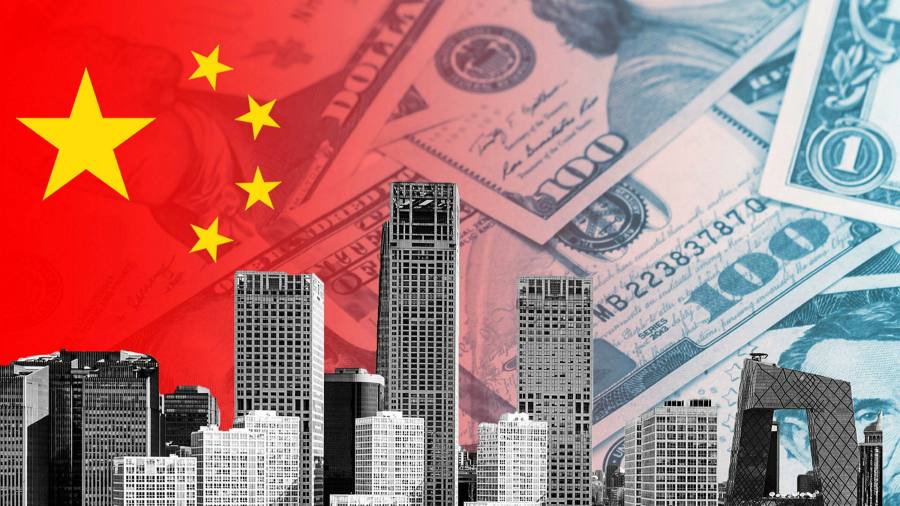 Clicking through his pitch deck, the cash-starved Chinese founder of a drone company has begun to wonder — do the investors sitting across the table even have money to spend?

“We have to figure out if they come just because they have to do their job or if they really have money at hand,” said the 28-year-old, who asked not to be named for fear of further hurting his fundraising prospects.

“Raising money used to be hard but manageable, but since 2021 it has become difficult for both us and the investors,” he said.

Private equity and venture capital managers in China say small and middle-sized groups are facing the greatest fundraising challenges to lock in capital for five or 10 years and longer.

Global investors are deterred by the country’s tech crackdown, draconian zero-Covid regime and the possibility that Beijing could one day face the same barrage of western sanctions as Vladimir Putin’s Russia. Instead, money is flowing to the biggest names, such as Sequoia Capital China, which are perceived as safer destinations.

Data from research group ITjuzi shows start-ups’ fundraising haul in the first half of the year fell 38 per cent with the number of deals down 19 per cent compared with last year. The amount of cash they brought in during the second quarter, when the country locked down Shanghai over rising cases of Covid-19, fell by half.

Genesis Capital and Xiang He Capital, led by former Tencent and Baidu executives respectively, have faced setbacks closing new fundraising rounds, people briefed on the situation said. Genesis last summer opened its third fund, targeting more than $1bn in commitments but has had to extend its fundraising timeline, the people said.

Three years ago, newcomer Centurium Capital tapped 40 American investment funds for $1.9bn, according to public filings. But in April, Centurium reported that its second fund, which had been raising funds for a year, had signed up just six US investors for $250mn.

Philippe Laffont’s Coatue Management, one of the biggest “Tiger cubs”, told prospective investors last August that it was aiming to raise $1.5bn to $2bn for its inaugural China-heavy Asia fund. It has pulled in less than $1bn so far, according to a person familiar with the matter.

“But China’s rise as a major global economic and tech powerhouse, while temporarily tempered by the pandemic and geopolitical forces, remains inexorable,” Hu said.

Xiang He, Centurium and Coatue did not respond to requests for comment. Genesis Capital said it could not “comment on any fundraising activity due to applicable laws and regulations”.

Foreign money is flowing into the biggest firms with long records of performance. Since July 1, Sequoia Capital China and Qiming Venture Partners have closed $9bn and $2.5bn for China funds from foreign investors, respectively, or more than double the total amount raised by all funds in the first half.

“It’s certainly a more challenging environment but China is difficult to ignore so LPs are still looking selectively,” said Duane Kuang of Qiming, who noted that longtime investors such as university endowments and foundations had backed its new fund.

“During the Shanghai lockdown, 60 engineers at one of our semiconductor start-ups camped in their office for two months,” he said. “They bought a bunch of disposable underwear — that’s the commitment level of teams here.”

In the aughts, the prospect of investing in the world’s fastest-growing economy lured in money from around the world, sparking the creation of hundreds of new China funds. The number of active China managers grew from 193 at the beginning of the decade to 3,149 last year, according to Preqin data.

Now, the thousands of funds are left chasing a shrinking pile of dollars. In the first half of the year just under $5bn flowed into China-focused private equity and venture capital funds, down 94 per cent from a year ago and the smallest half-year total since 2009, according to data from Preqin.

Myriad new regulations from Beijing have added to the challenges facing start-ups. New rules on share sales outside the mainland have yet to be finalised, which contributed to investor exits slowing to a trickle in the first half. Money made by backers from Chinese initial public offerings in Hong Kong and New York fell 70 per cent from a year earlier to about $15bn, according to Preqin.

“The main question from LPs is why China right now, and it’s a really hard question to answer,” said a Beijing-based investor, whose fund has been unable to raise new capital.

Discussions at the Florida State Board of Administration, which manages $245bn mostly for pensioners in the state, reveal how international investors have gradually reconsidered their China strategy.

“It’s in our interest to invest across the globe, across multiple asset classes . . .[China is] a market that’s difficult to ignore. It’s 20 per cent of global GDP,” Florida’s chief investment officer Lamar Taylor told an investment advisory council meeting in December.

“In order to achieve the return and diversification objectives of the total fund, we have to be there,” Taylor said in response to politicians and citizens who questioned putting the state’s retirement dollars to work in the country. Florida had 2.8 per cent of its portfolio allocated to China.

But after Russia invaded Ukraine, Florida was forced to write down $300mm put into Russian securities to “essentially zero”. Noting the unprecedented sanctions on Russia, Taylor in March said the rising “downside risks” for China had spurred the manager to suspend new investments.

By June, the head of Florida’s private equity team John Bradley told an advisory council meeting, “the risk part of the equation [for China] has probably increased exponentially and so it’s led us to back off”.

Another participant agreed: “I hate to be political when making investments, but you got to recognise the politics going on. I think anything in China these days is a little bit dangerous.”

Venture capitalists say they are holding out hope that apprehension about the country will dissipate after the Chinese Communist party’s upcoming meeting this autumn, when President Xi Jinping is expected to clinch his third term in office.

“Investors are waiting for signals from the party congress,” said Ming Liao of Prospect Avenue Capital. “Afterwards things will be more stable.”

For Chinese founders it is a long time to wait, but some are predicting the worst is over.

“Globally everywhere has risks right now, whether it’s inflation, politics or an energy crisis,” said Patrick Zhong of M31 Capital. “No one will find raising capital easy with liquidity drying up but great companies will come out of this era.”