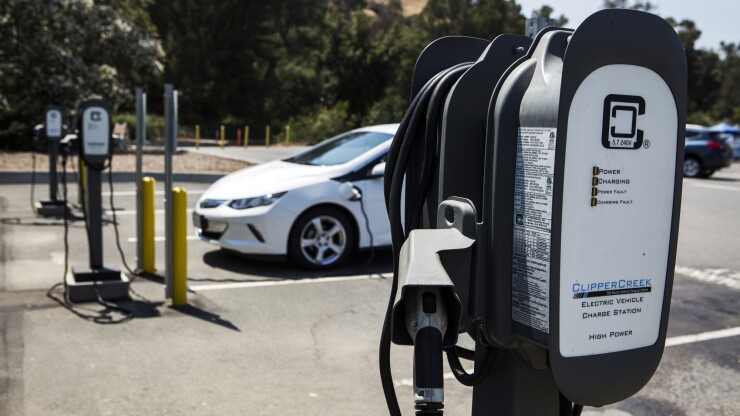 An income tax on wealthy Californians that supporters say would raise $100 billion over 20 years to reduce wildfire risk and support a transition to electric cars, has qualified for the ballot.

A coalition of environmental groups, public health advocates, firefighters and unions, collected 1 million signatures, well over the 623,212 needed, to qualify The Clean Cars and Clean Air Act for the November ballot. The initiative would add a 1.75% tax on income over $2 million.

“We are calling for a bold, new program to tackle one of the most urgent needs of our time,” said Max Baumhefner, a senior attorney at Natural Resources Defense Council. “This initiative dedicates much-needed, long-term funding to electrify our cars, trucks and buses, and create jobs by installing the charging infrastructure needed to power our future.”

Supporters cited in a statement the increasing impacts of climate change resulting in more wildfires, worsening droughts, and extreme heat that cost lives, destroy property, and hurt the state’s economy as the reason for the measure.

“Every year, we experience a more brutal fire season than the one preceding it,” said Tim Edwards, president of the California Department of Forestry and Fire Protection’s CAL FIRE Local 2881.

“These fires are becoming increasingly difficult to fight due to both their rising extremity and CAL FIRE’s significant staffing shortage,” Edwards said. “If we are going to survive the increasingly devastating challenge of wildfire, California will need to hire more firefighters and invest in better tools to help our firefighting and mitigation efforts.”

The tax and associated programs would end when the state reaches an 80% reduction in greenhouse gas emissions versus 1990 levels or after 20 years, whichever comes first.

The initiative would come on top of $21 billion lawmakers are allocating toward such efforts in the fiscal 2023 budget toward environmental efforts.