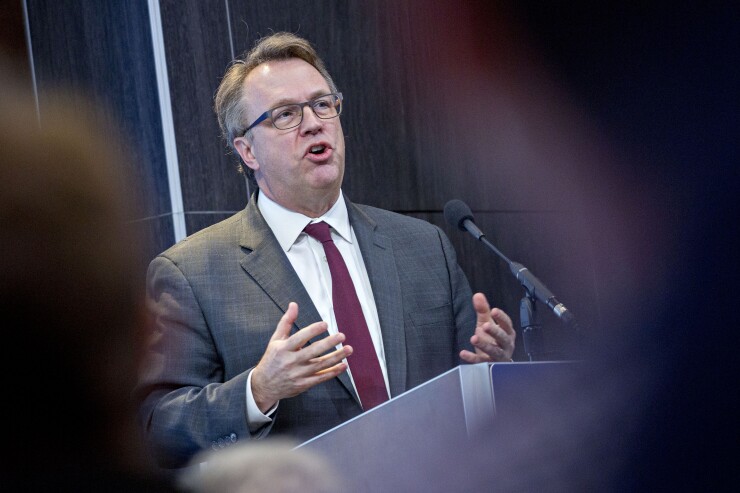 Federal Reserve officials will discuss whether to raise rates by 50 basis points or 75 basis points when they meet next month, with the decision being determined by economic data, New York Fed President John Williams said on Tuesday.

“In terms of our next meeting, I think 50 to 75 is clearly going to be the debate,” Williams said during an interview with CNBC. “My view is we’ve got to get interest rates higher, and we have to do that expeditiously.”

The policy maker said he supports raising the Fed’s benchmark interest rate to a range of 3% to 3.5% by the end of this year, and that the path for next year will depend on the data. He said he expects economic growth to slow and the unemployment rate to rise as the Fed hikes borrowing costs to tame inflation, but he doesn’t project a recession.

Fed officials have pivoted to more aggressive rate increases as they fight the hottest inflation in 40 years, following criticism that they left monetary policy too easy for too long as the economy rebounded from the pandemic.

The Fed raised its benchmark interest rate earlier this month by 75 basis points — the biggest increase since 1994 — to a range of 1.5% to 1.75%. Powell told reporters after the meeting that officials could consider another 75 basis-point increase, or a 50 basis-point hike, when they meet next month.

Consumer prices rose 8.6% last month from a year ago, according to the Labor Department. The CPI report for June will be published July 13, before the Fed holds its next meeting.

Stocks making the biggest moves after hours: Novavax, Upstart, Allbirds and more
5 Regional Bank Earnings Charts to Watch Next Week
Hawaii Home Rented By Justin Bieber At $10,000 A Night Is Going Up For Auction
Why Some Housing Markets Seem To Be Cooling Down While Others Heat Up
Oklahoma official calls for independent review of state’s first utility securitization