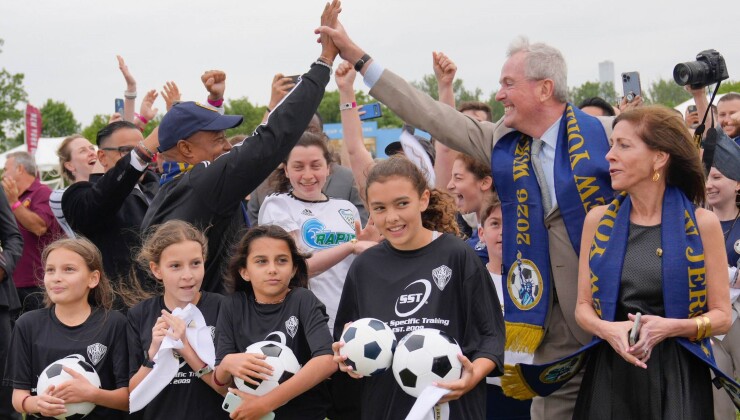 Eleven U.S. sites were chosen Thursday to host some of World Cup soccer matches in 2026, an event that could add millions of dollars to a municipality’s coffers.

FIFA, the governing body of international soccer, said Miami-Dade County, Atlanta, Philadelphia, Boston and the New York-New Jersey area were among the 11 U.S. locations chosen to host the games, which are held every four years.

Other locations chosen in the U.S. included Kansas City, Dallas and Houston in the Southwest and Seattle, Los Angeles and the San Francisco Bay area in the Far West.

Also in North America, Toronto and Vancouver in Canada and Mexico City, Monterey and Guadalajara in Mexico were picked as host cities.

Sixteen locations in the U.S. had been vying to hold the games four years from now. Not chosen were the Baltimore-D.C. area, Nashville, Denver, Orlando and Cincinnati.

The U.S. will hold 60 out of the 80 matches, including the World Cup final. The U.S. last hosted the World Cup in 1994. Each city is expected to host up to six matches, with the exact schedule yet to be determined.

“Our residents hail from every corner of the world, creating a vibrant metropolitan area unlike any other in the United States. Soccer runs through the veins of our county,” she said in a statement.

In Miami, the Hard Rock Stadium was built to FIFA specifications and has already hosted several high-profile matches.

“As the only urban area in America to host every major sport plus Formula 1, Miami has long established itself as international epicenter of sports and culture,” Mayor Francis Suarez said.

“This is a great moment for our community,” said Dan Gelber, mayor of Miami Beach. “Not just because of the economic benefits, but also because it cements our status as one of the world’s premier destinations.”

The Atlanta City Council touted its experience and expertise in running the games.

“Atlanta certainly has experience hosting top-tier sporting events in our city, including three Super Bowls and the Olympics, so it’s very exciting to add this incredible event to that rich history,” the council said in a statement. “Our city has the venues and the fan base for a truly special atmosphere.”

In New York and New Jersey, officials were elated about their selection.

“The biggest sporting event in the world is coming to the biggest stage, and New York City cannot wait to welcome the world to our region,” New York City Mayor Eric Adams said. “Not only will the World Cup strengthen our economy by providing a major boost, but it will showcase FIFA and the sport of soccer to all of America.”

Holding the games can potentially help a municipality’s bottom line and bolster its credit ratings as it sees increased sales tax revenue from spending by fans and tourists that will come from around the world to see the matches.

New Jersey Gov. Phil Murphy noted the financial benefits of having the games in the region.

“As the mayor said, [this will be a] huge economic benefit to both New York City and New Jersey,” Murphy noted. “This is a home run for us.”

The monetary impact of the games can have a big effect on a host region’s economy, Adam Thompson wrote in a recent story in Bookies.com.

“It’s easy to see why a city would want to be a host site for the 2026 World Cup,” he wrote. “Philadelphia’s bid estimated an economic impact of nearly $500 million.”