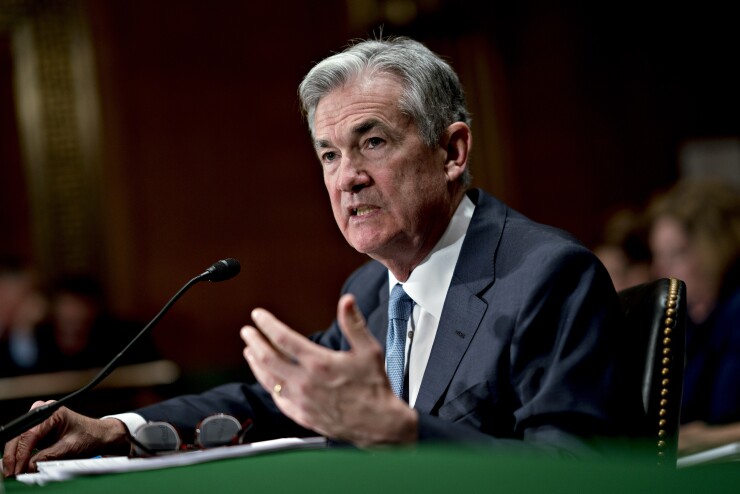 The Senate voted to confirm Jerome Powell for a second four-year term as Federal Reserve chair on Thursday, trusting him to tackle the highest inflation to confront the country in decades.

The overwhelmingly bipartisan 80-19 vote comes as the Fed grapples with soaring prices amid criticism it was slow to act against a threat that’s angered Americans and hammered President Joe Biden’s popularity.

Powell’s Fed began raising interest rates in March and says it will keep going until price pressures cool, seeking a soft landing that doesn’t crash the economy. But critics doubt the central bank can avoid a recession as it tightens monetary policy that had been eased dramatically during the pandemic.

“Few institutions are more important to help steer our economy in the right direction and to fight inflation than the Fed,” Senate Majority Leader Chuck Schumer said on the Senate floor earlier in the day. “Chairman Powell presided as Fed chair during some of the most challenging moments in modern American history.”

Senate Banking Chair Sherrod Brown said his committee plans to hold a hearing on another Biden Fed nominee, Michael Barr as the Fed’s vice chair for supervision, on May 19. Brown pledged a confirmation vote within a few weeks.

Powell, a Republican nominated for Fed jobs by both Democrat Barack Obama and Republican Donald Trump, is a former Carlyle Group partner and worked as a Treasury official during the administration of George H.W. Bush. He earned a law degree from Georgetown University, making him a rare non-economist to lead the Fed in recent decades.

Powell had near-unanimous backing in the Senate Banking Committee. Only Massachusetts Democrat Elizabeth Warren opposed him there, saying his record on deregulating financial institutions made him dangerous. Warren also has complained that Powell, unlike Biden’s other Fed nominees, has not committed to a pledge to not seek employment at financial institutions for four years after leaving the board.

Lawmakers including top Banking Republican Pat Toomey of Pennsylvania and moderate Democrat Joe Manchin of West Virginia had been urging the Fed to act much earlier last year to stop buying bonds. The Fed, which used the purchases to flood the market with liquidity and stem financial panic as the pandemic spread, finally halted the buying in March and will start shrinking those holdings next month.

While Manchin supported Powell’s confirmation, Democrat Robert Menendez of New Jersey voted against it, saying the chair had failed to elevate Latinos to top Fed posts, including in recent appointments for the heads of the Boston and Dallas regional banks.

“Under Powell’s leadership, the Fed continues to miss critical opportunities to appoint Latinos at the highest levels of its leadership,” Menendez said in a statement. “As a result, it may be decades before a member of the Latino community has the opportunity to serve.”