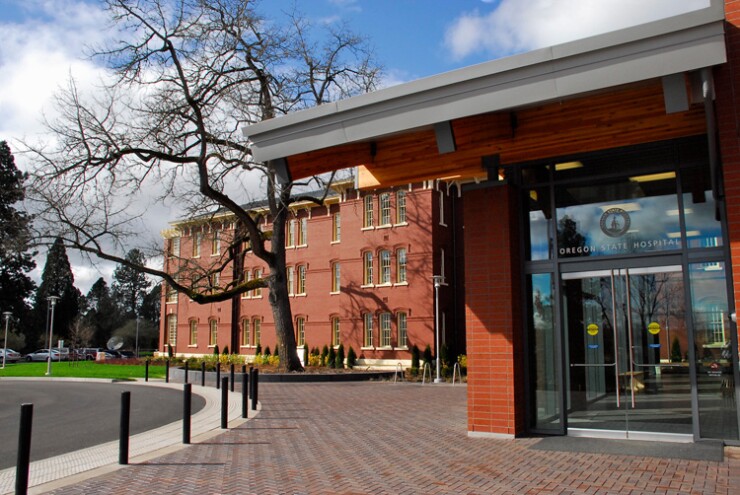 Oregon State Hospital’s troubled Junction City psychiatric hospital could lose federal reimbursements if it doesn’t correct problems within three months that include allegations that a lack of supervision resulted in one patient escaping and another assaulting other patients.

The hospital treats patients who need intensive, psychiatric treatment for severe and persistent mental illness, including those who were found guilty except for insanity in criminal cases.

Federal regulators have threatened to pull the hospital’s certification if the Oregon Health Authority, which manages the 141-bed psychiatric hospital, doesn’t submit a corrective plan by May 15 and implement it by August.

If the agency loses certification, it wouldn’t receive federal payments for seniors, people with disabilities and those on Medicaid.

“We are planning to submit a corrective action plan to address the issues raised in the report,” said Timothy Heider, an Oregon Health Authority spokesman. “The hospital is largely supported by state funding, so we don’t anticipate that the loss of CMS funds, if that were to occur, would result in closure.”

The two campuses — the larger 545-bed campus in Salem and the Junction City site — receive a combined total of $19 million in federal funding every two years from the Centers for Medicare & Medicaid Services (CMS), with $54,000 of that for Junction City, according to the Oregon Capital Chronicle.

The state hospital has to submit a corrective action plan to CMS through the Health Care Regulation and Quality Improvement Section at OHA’s Public Health Division by next week.

The problems mainly attributed to lax supervision at the Junction City location were discovered following an investigation conducted after a patient escaped during a community outing. The lack of a permanent, on-site administrator to manage the Junction City campus on a daily basis and shortcomings in documenting follow-up interviews after patient-to-patient altercations were also cited in the CMS report.

“Our staff at the Oregon State Hospital want to provide the highest quality care to our patients so they can recover and return to live healthy and productive lives in their communities,” state hospital superintendent Dolly Matteucci said.

The hospital plans to address “each of the administrative, documentation and supervision issues highlighted in the report, Matteucci said.

Even before issues at the state’s smaller psychiatric hospital came to light, lawmakers had earmarked funding for outpatient mental health services in the $112.8 billion fiscal 2021-23 budget approved in June to relieve pressure on the state hospitals and provide options outside of an institutional setting for people experiencing mental illness. The biennium budget also has $31 million for 24 additional beds and $20 million for staffing at Oregon State Hospital.