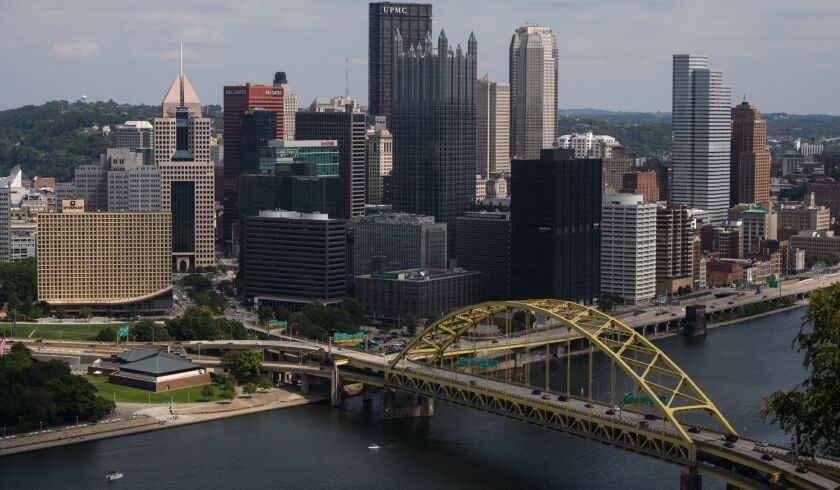 Fitch Ratings on Friday revised Pittsburgh, Pennsylvania’s outlook to stable from negative and affirmed its AA-minus rating ahead of an upcoming general obligation bond deal.

Fitch said the revision reflects its expectation “the city will maintain stable financial performance, gradually rebuilding reserves after a large draw on fund balance in 2020 that resulted from pandemic related revenue shortfalls.”

Proceeds from the sale will provide funding for eligible capital projects included in the city’s six-year capital improvement plan for 2022 to 2027.

Fitch also affirmed the AA-minus ratings on the city’s outstanding $171.6 million GOs and $150.7 million of Series 2020A & B GO refunding bonds, as well as the city’s issuer default rating.

“The rating reflects our opinion of the city’s role as anchor of the western Pennsylvania economy and continued, steady tax base growth despite population declines, combined with a rebound in finances in fiscal 2021 and continued very strong reserves, in spite of a pandemic-driven general fund deficit in fiscal 2020,” S&P credit analyst Bobby Otter said in a Thursday report.

Pittsburgh is in southwestern Pennsylvania and had a population of 302,971 in 2020. The city was formerly an industrial hub known for its steel production. It has since transitioned into a diverse service-based economy and is home to the University of Pittsburgh and Carnegie Mellon University.

In 2018, the city formally exited the state’s Municipalities Financial Recovery Act, or Act 47, after 14 years.

It was placed under state oversight in 2003 when the city was on the brink of bankruptcy.