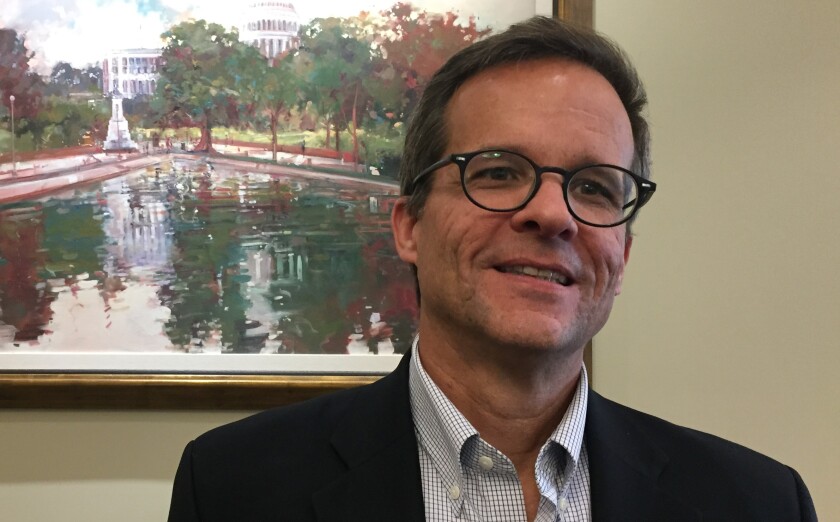 The Puerto Rico Oversight Board on Friday rejected the possibility of renegotiating the Puerto Rico Electric Power Authority debt deal with the local government and also filed an objection in the PREPA bankruptcy to bondholders’ motion to compel mediation.

In a press conference following the board’s public meeting, Board President David Skeel said, “There are really two paths” for PREPA’s restructuring. One would be for Puerto Rico’s legislature to approve the legislation to support the current Restructuring Support Agreement. The other would be for the board to create an alternate RSA that did not require local legislation.

“If you start tinkering with the RSA, it’s no longer the RSA anymore,” Skeel said. He rejected the board considering any legislature-proposed modified RSAs.

The board said unlike the Ad Hoc Group of PREPA Bondholders, it was in favor of holding mediation with a variety of PREPA stakeholders and not just with the bondholders. It said it was possibly open to doing mediation but that it was not ready to start it immediately.

The board said the bondholders’ proposed deadlines for completing the various steps toward completing a deal are “completely untenable.”

“Absent consensus with the Ad Hoc Group [a] lien challenge likely will have to be litigated, PREPA has not determined how to restructure its pension trust, which is underfunded by approximately $3 billion, and restore it to solvency, and PREPA has not negotiated necessary amendments to its collective bargaining agreements with its unions,” the board said.

Puerto Rico House of Representatives President Rafael Hernández Montañez has indicated not a single member of his chamber would vote in favor of the current RSA. He said he was working with fellow Popular Democratic Party House members to create a proposed alternate RSA for the board to consider.

“We have anticipated to the country that the only way in which the House of Representatives will support with legislative action the approval of the plan that enables the Restructuring Support Agreement reached in 2019, is if the pact is amended to protect consumers,” Hernández Montañez said Friday morning in a press statement. “The RSA, as it is drafted, does not have the support of the House of Representatives.”

Skeel said the alternative would be the board and bondholders trying to create an RSA not requiring local legislation, which both bondholders and the board are calling “Plan B.” Board Member Justin Peterson said “Plan B” would be more expensive for Puerto Rico.

Skeel said this alternative approach would also be riskier for Puerto Rico. If the board and bondholders were to withdraw from supporting the current RSA, bondholders could petition the court to appoint a receiver for the authority.

On Friday Hernández Montañez said he and other PDP members had that morning filed an appeal in the PREPA bankruptcy based on two principals. The first principal was to oppose the bondholders’ request for mediation without “the intervention of the Legislative Assembly,” which would condemn consumers to “misery” or impose conditions opposed to the public interest.

For a second principal, they said Title III of the Puerto Rico Oversight, Management, and Economic Stability Act does not recognize the board’s authority to exclude the legislature from the debt restructuring process.