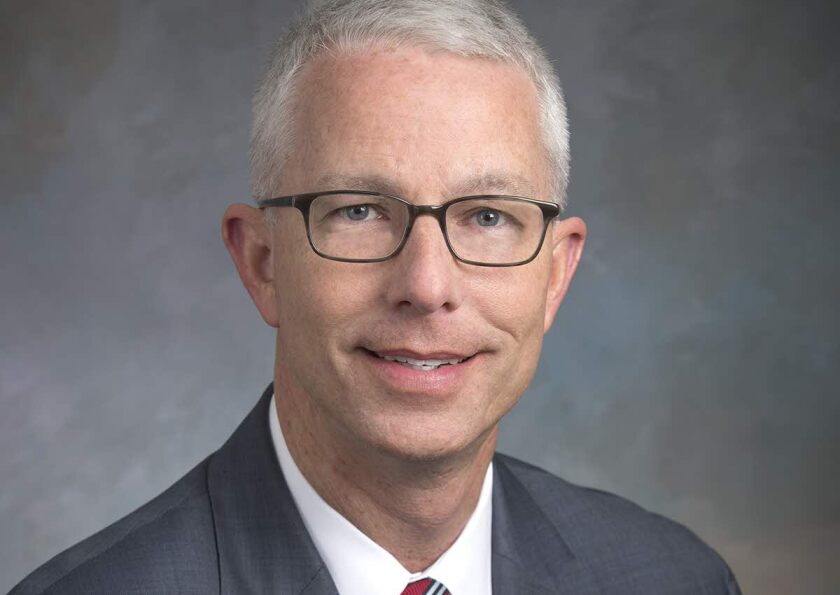 The new Illinois fund set up to manage the assets of suburban Chicago and downstate police pension funds would get an extra year to complete the consolidation under legislation being pursued by the fund that says it can’t meet a June 30 deadline.

The Illinois Police Officers’ Pension Investment Fund told lawmakers during a committee hearing that some individual funds have resisted moving their assets because of pending litigation challenging the constitutionality of the 2019 consolidation legislation.

A group of police funds last year sued to block the implementation arguing the mandated consolidation equates to a benefit cut that violates the state constitution’s ban on benefit cuts.

Gov. J.B. Pritzker pushed for the pooling the assets of more than 600 individual public safety accounts into a single police account and single fire fund — the Police Officers’ and Firefighters Pension Investment Funds — to help curtail rising pension costs weighing on municipalities. Those governments have turned to service cuts, pension obligation bonds, and the privatization of assets to manage the costs.

“Our chief investment officer, who has a wealth of experience in this area, has wisely advised the trustees that he can’t make the June 30, 2022, deadline,” IPOPIF government liaison Bukola Bello told lawmakers during a recent hearing before the House Personnel and Pensions Committee on HB 4622, sponsored by Rep. Mike Halpin, D-Rock Island.

The police fund expects the first tranches of transfers to begin March 1. It got a later start than fire and the litigation has posed obstacles. If the fund can’t complete the consolidation by the current deadline it would be in violation of the law, Bello warned.

The unfunded liabilities of Illinois’ suburban and downstate public safety pensions rose to $13 billion in the last year of compiled results reported to the state, soaring over a 29-year climb that underscores the deep strains on local government budgets.

Police accounted for $7.5 billion of the total and firefighters for $5.5 billion, according to a report from the state legislature’s Commission on Government Forecasting and Accountability.

“There are several concerns from individual police funds around what mechanisms would be in place if the Supreme Court deems this law unconstitutional,” Bello told lawmakers. The police investment fund does not have a mechanism in place to address the assets should the courts side with the litigants.

Brad Cole, president of the Illinois Municipal League which advocated for the consolidation and serves as a trustee on the new police fund board, told lawmakers he opposes the one-year delay.

“The point of this underlying law is to consolidate the funds for investment purpose so that the funds may generate more investment returns so they can have better funded funds” that relieve pressures on local governments and their taxpayers, Cole said, warning the delay would cost millions in savings.

The measure passed the committee in a six-to-two vote, sending it to the House floor.

Gov. J.B. Pritzker won legislative approval in November 2019 for the consolidation proposal with the goal of cutting administrative costs and raising investment returns. Benefits continue to be managed by local, individual boards.

Under the legislation, local funds must transfer all of their securities, assets and money to the newly created funds by a July 1, 2022, deadline.

The consolidation’s benefits are limited but rating agencies have said it represents a positive step.

The police plaintiffs argue their benefits are damaged because the law “strips plaintiffs of their autonomy and their authority.” The lawsuit further contends that pension member benefits are being impaired because the transition costs are being covered by loans through the Illinois Finance Authority that the two new consolidated funds must repay.

The litigants ask the court to declare the law unconstitutional and seeks class action status, which if approved, would impact all funds subject to the consolidation.

The state attorney general has countered that constitutional protections are limited to membership benefits and not fund management.

The committee also heard testimony on HB308, backed by the IML and sponsored by Rep. Maurice West, D-Rockford, which would give local governments more breathing room to reach a mandated 90% funded ratio. It extends the amortization period by 10 years to 2050. No action was taken during the subject matter hearing.

“The pension crisis for municipalities in the state of Illinois is incredibly real and has serious consequences if no action is taken” and that includes service cuts and police and fire layoffs, Rockford Mayor Thomas McNamara warned.

Opponents called the measure a short-term fix that kicks the can down the road and could drive some weak funded systems closer to insolvency.

The committee advanced another piece of legislation HB1859 that would revamp the statutes governing Cook County Forest Preserve pension contributions beginning in levy year 2023. It would allow the district to ramp up to an actuarial based contribution that would take the fund off its current course headed toward insolvency and fully fund it in the coming decades.

The district is carrying a $145.4 million unfunded tab and is 59% funded with a projected insolvency date of 2041. Similar legislation SB3909 is pending before a Senate committee.

The district is banking on voter approval of a referendum slated for the November ballot that would raise its property tax rate allowing it both to fund land acquisition and improvements, stabilize its finances, and to raise pension contributions but the legislation also allows for increased payments should the ballot measure fail.

“The additional fiscal support provided with the passage of the referendum would set the Forest Preserves on a sustainable fiscal path,” reads the referendum resolution.