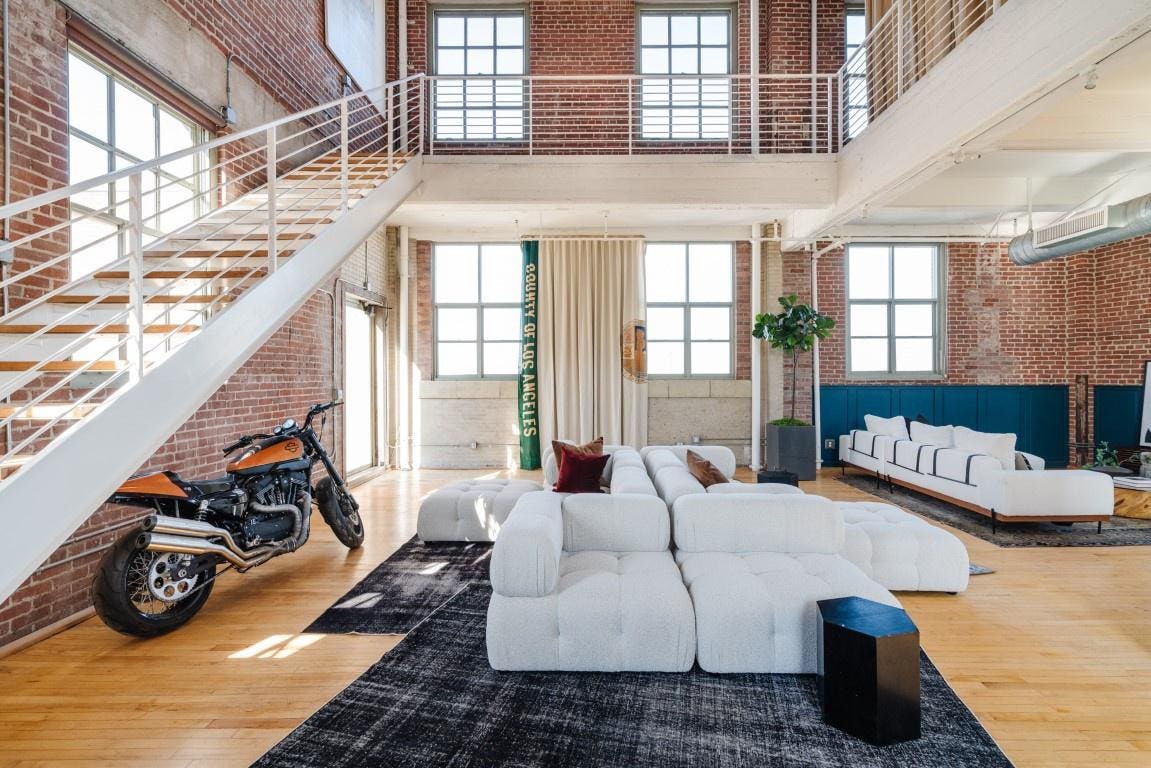 Justin Lin, director of the profitable Fast & Furious movie franchise, has put his historic penthouse in downtown Los Angeles on the market for $7 million. Originally built in 1925 as the West Coast headquarters of Nabisco, Lin’s building was converted to a live/work community in 2007.

For the last few years, Lin has used the penthouse as an office for his production company, Perfect Storm Entertainment, with his residence above. Located in a building known as the Biscuit Company Lofts, the penthouse spans 4,300 square feet of interior space, with 3,600 square feet of outdoor terrace space that can be used for anything from entertaining, a half-basketball court and even a hot tub.

The same year the building was converted, it was declared a historic cultural monument in the Arts District in downtown Los Angeles.

The open-concept space features an industrial-style kitchen on the second floor, as well as living and dining space. The primary suite occupies the entire third floor. Much of the space can be used in different ways with creative vision.

An enticing element, aside from the penthouse’s industrial vibe, is that the flexible space can fulfill multiple functions, whether it’s relaxing, working from home, enjoying hobbies, exercising or gardening. The building is extremely private with an around-the-clock concierge, according to TopTenRealEstateDeals.com.

With Los Angeles in the midst of a severe housing crisis, some see promise in turning dormant office buildings into apartments through adaptive reuse.

There has been a recent resurgence in Los Angeles’ downtown and Arts District with a new Whole Foods, new indie restaurants, three just-launched breweries, art galleries, boutiques and the revitalized Grand Central Market. The members-only Soho Warehouse opened in 2019 with a hotel, gym and two restaurants directed at Los Angeles’ creative crowd.