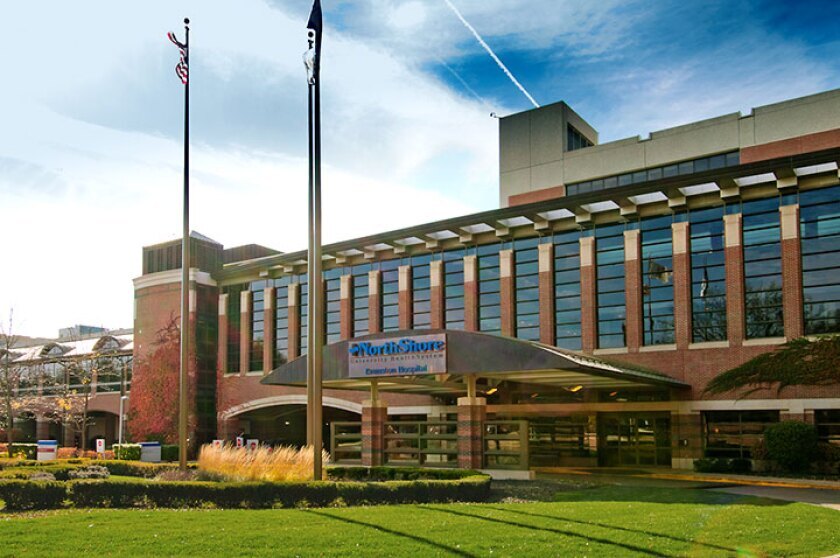 The deal comes after closing the books on a year that saw a downtick in the number of mergers but an upswing in transaction size measured by revenue.

The ongoing COVID-19 pandemic’s impact on hospital operations and strategic thinking along with the federal government’s heightened scrutiny of transaction for anti-competitive practices stand to influence activity through 2022, according to market participants.

The latest merger announced in September and completed Wednesday between the two systems that serve six counties in the Chicago and northeastern Illinois region creates the state’s third largest system. The new system operates nine hospitals with revenue of $9 billion. The new system will be called NorthShore-Edward-Elmhurst Health.

“A prominent feature of our merger is the creation of new community investment funds. Each organization has committed $100 million to our respective communities,” NorthShore’s President J.P. Gallagher, who will serve as president and chief operating officer of the merged system, said in a statement. “These funds will generate millions of dollars annually to enhance health and well-being, advance health equity and support local economic growth.”

Evanston-based NorthShore operates six hospitals in the northern and northwest suburbs and on Chicago’s north side. Many had operated independently and joined the system in recent years including Swedish Covenant in Chicago and Northwest Community Healthcare in suburban Arlington Heights.

“We expect that EEH will benefit from being part of a larger organization with solid financial metrics and a very strong balance sheet. In addition, we expect it will benefit from the increased scale that is necessary to compete in a very competitive market with large academic medical centers,” analyst Anne Cosgrove.

Merger and acquisition activity for the not-for-profit and for-profit hospital sectors last year dropped to 71 transactions from 79 in 2020, 86 in 2019, and 117 in 2018 and marked the lowest level since 2009 when there were 58 transactions, according to a new report from the advisory firm Ponder & Co.

While the number of deals fell, average transaction size as measured by target revenue increased to the second highest level over the past decade, driven by a modest rebound in mega mergers, according to the report.

Two for-profit deals brought the total number of mega-mergers to six, up from three in 2020 and four in 2019.

The direction of COVID-19 and President Biden’s July edict directing the Federal Trade Commission and Justice Department to heighten their scrutiny of antitrust competitive practices that could result from mergers has driven some uncertainty over the direction of M&A activity in the coming year.

The sweeping executive order targets anti-competitive practices across a swath of sectors including technology, transportation, banking, labor, insurance, and healthcare.

The pandemic is influencing merger decisions, slowing some while speeding up others, and forcing some hospitals to rethink strategies. Larger systems still seek acquisitions and mergers to leverage their scale and broaden their regional expertise while smaller hospitals are searching for fiscally healthier partners.