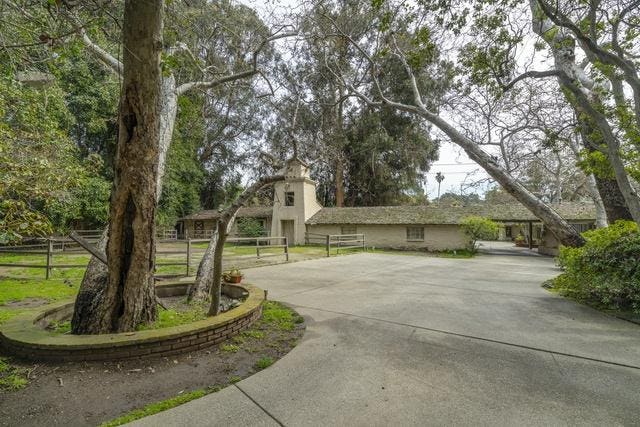 We may think the California Ranch evolved organically, descended from Spanish Rancheros married to modernist design. While those are the California Ranch’s ancestors, a California native, Clifford May, invented the style. The San Diego-born May had very little training as an architect, and, after he created the pitched-roof, low-slung California Ranch house in 1932, never had the need to formally register as a licensed architect.

That first house sold for $9,500. His work drew attention and the second home he built was featured in Architectural Digest in 1934. Many of his houses were built in Southern California, however some were built as far away as Switzerland, Australia and Ireland. During the 1940s and 50s, his work was featured in many publications including Architectural Forum, American Home, California Arts and Architecture, House Beautiful, Sunset Magazine, Modernism Magazine, and Southern California Quarterly, among others.

During his career, May designed numerous commercial buildings, over a thousand custom residences, and from model house prototypes, more than eighteen thousand tract houses.

Recently, the third California Ranch house May designed sold for $7,200,000. Located in Brentwood as the first of the Riviera Ranch equestrian development, it has been called “the most important ranch house in America.” Recently, the City of Los Angeles began the historic landmark process for the property. At one point, May himself lived in the house with his family; later, it was owned by actors Robert Wagner and Jill St John.

Peter Zimble of Sotheby’s International Realty – Beverly Hills Brokerage, who represented the buyer, said, “Walking onto this property is like walking back in time 100 years. Working with the buyers, the City of Los Angeles, and leading historical advisors to chart out the rescue of this master work has been an absolute pleasure. It’s great to see that the original charm and historical importance of this equestrian property will be preserved and the spirit in which Cliff May developed the neighborhood continue will endure.”