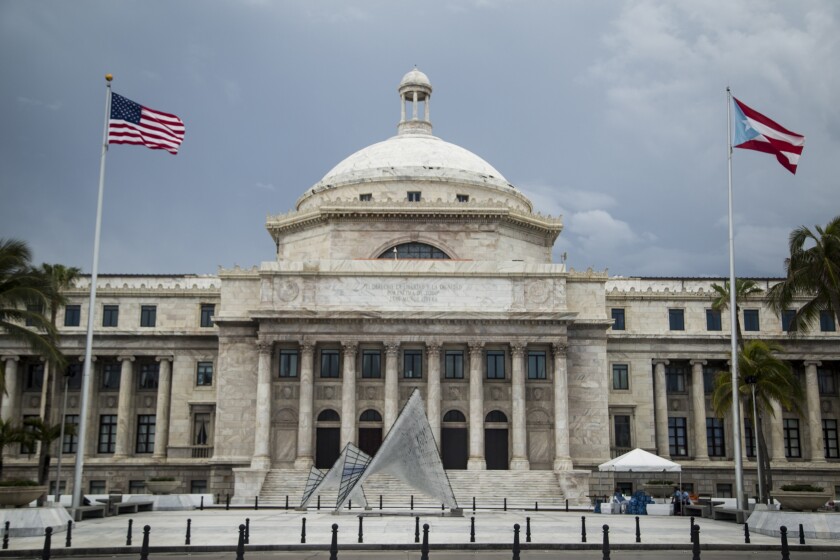 The Puerto Rico bankruptcy judge is likely to approve the Oversight Board-proposed Plan of Adjustment or something close to it this winter, observers and analysts say.

While participants hoped the plan would be effective by Dec. 15 (a deadline in the bondholder Plan Support Agreement), on Nov. 17 the U.S. Attorney General asked for a delay.

Five lawyers with the U.S. Attorney General’s office asked to be given until March 2 to file responses to bankruptcy participants’ challenges to constitutionality of the POA and the Puerto Rico Oversight, Management, and Economic Stability Act.

Judge Laura Taylor Swain has given the lawyers until Feb. 7 to comment, so it is unlikely that she will approve the Plan of Adjustment before then, analysts said.

A Puerto Rico bondholder said he believed Swain would approve the POA without modification, with a small risk of losing the PSA bondholders’ support before she approves it in late winter.

The delay now is to “check the boxes” — allow the federal government to comment and her to write a reasoned defense of the POA from the attacks on it. “She wants to be on the right side of history here. … This will be a big part of her legacy,” the bondholder said.

Puerto Rico attorney John Mudd said he thought the POA would be “confirmed sometime in February or March. She will determine that some of the Fifth Amendment claims cannot be discharged (eminent domain claims) but most can. She will make minor changes to the [Oversight] Board’s [proposed confirmation] order.”

Puerto Rico teachers’ unions and judges’ associations told Swain last week the board’s interpretation of the law that authorizes new bonds for the Plan of Adjustment, Act 53, is wrong. They asked her to interpret it as barring the changes to their pension plans the board says are necessary for Puerto Rico to afford the current POA.

On Act 53, Swain “will confirm the board’s reading of the law,” Mudd said. “The board did a much better job of discussing the legislative history of Act 53 than did the challengers.”

This month the Puerto Rico Senate passed a measure ordering the implementation of Acts 80, 81, and 82 from 2020, which have been on pause. The board said Puerto Rico cannot afford these pension measures.

On these acts, “Swain will determine them preempted,” Mudd predicted. “This will create problems with the police who were counting on Act 81 being implemented.”

Jay Auslander, partner at law firm Wilk Auslander, said he thought the central government bankruptcy would likely be resolved, one way or another, within six months, and Swain may approve the POA this winter.

If that does not happen, or if the Oversight Board withdraws the POA because of Swain’s rulings, the most likely scenario would be the parties quickly come to a new agreement, Auslander said, within a few months.