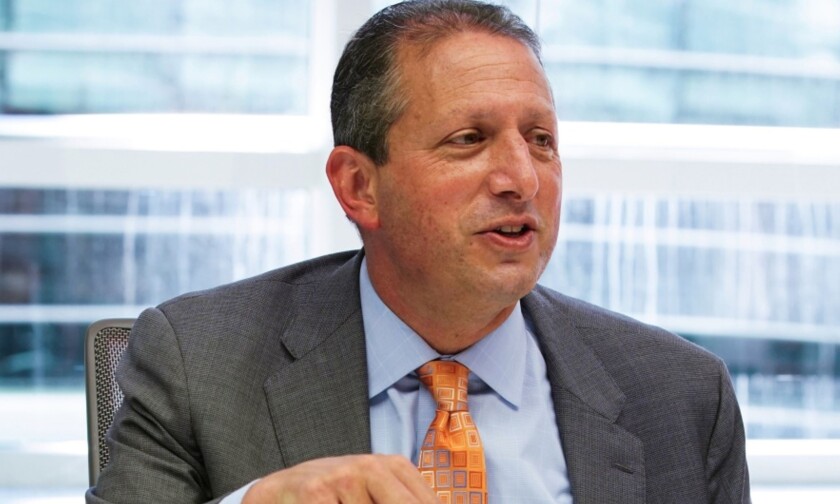 When Brad Lander becomes New York City’s comptroller on Jan. 1, observers will scrutinize how he will try to balance his progressive agenda with fiscal vigilance.

The two are in sync, he said.

“There’s an idea that competent, effective government and bold, progressive government are in some tension with each other,” Lander said at a recent Citizens Budget Commission breakfast meeting.

“Certainly that’s the tenor of a lot of our politics these days, and I would just say that I really believe they are not mutually exclusive. It’s that they’re mutually essential, like we must have both of them.”

As comptroller, Lander will audit city agencies, oversee the $267 billion pension system and coordinate municipal bond sales along with the Mayor’s Office of Management and Budget.

“Progressives like me have a very clear obligation to put more time and energy into the capacity of government to genuinely deliver on its promises, to live within its means, to tell the truth about what’s going on,” Lander said.

“When you are elected to the position, eyes shift to you immediately,” said Thompson, who served as comptroller from 2002 to 2009 and is now chief administrative officer and senior managing director at bond firm Siebert Williams Shank.

“I believe Brad Lander will be a great comptroller. He brings energy and the drive to get it done.”

Lander will succeed Scott Stringer. Eric Adams, who will replace Bill de Blasio as mayor on Jan. 1, has said he expects Lander’s office to “audit the hell” out of city agencies.

Stringer and de Blasio are both term-limited.

The city faces on outyear budget gap of $5 billion, when factoring in unspecified labor savings. Fiscal challenges will include the need to earmark new federal funds without creating recurring expenses, as well as addressing infrastructure needs including climate resilience.

“The biggest risk to the city’s health is restoring its economic health,” Lander said. “Let’s talk about the budget for sure, but if we do one thing top line, it’s making sure the city’s economy comes back strong.

Lander supports Adams’ push to restore a cost-cutting initiative called a program to eliminate the gap, or PEG, across city agencies. Ideally, he said, healthcare and retiree costs should factor into related analysis, a practice employed under Mayor Michael Bloomberg’s tenure from 2002 to 2013.

Lander also wants the city to implement a system for tracking federal money coming in from the American Rescue Plan Act. He said it could parallel one that state Comptroller Thomas DiNapoli’s office launched last month.

“A very substantial chunk of the federal dollars for education and the discretionary spending has not been allocated or spent,” he said. “There’s been very little transparency about what has happened with the resources so far, which of those are recurring and which aren’t.”

The city, Lander said, also needs to better track its capital projects and related contracting. His office plans to implement suggestions by Jamie Torres-Springer, the former city Department of Design and Construction commissioner, now president of construction and development at the Metropolitan Transportation Authority.

“It’s no secret that the relationship between the comptroller and the mayor on contracting over the last few years has been one of tension,” Lander said. “We’re trying to think about what a reset works like.”

He also favors firming up procedures related to the city’s new rainy-day account, which holds $1 billion in addition to the city’s multiple reserve accounts.

“You got a state [enabling] law passed that is a good start but does need some adjustments. For now you can do it too wide or [with too many] reasons for withdrawals.”

Lander, a St. Louis native, said during the campaign that his favorite fiscal hero was Andrew Caswell Green, city comptroller from 1871 to 1876 and generally regarded as the “father of consolidation” involving the absorption of the outer boroughs into the city.