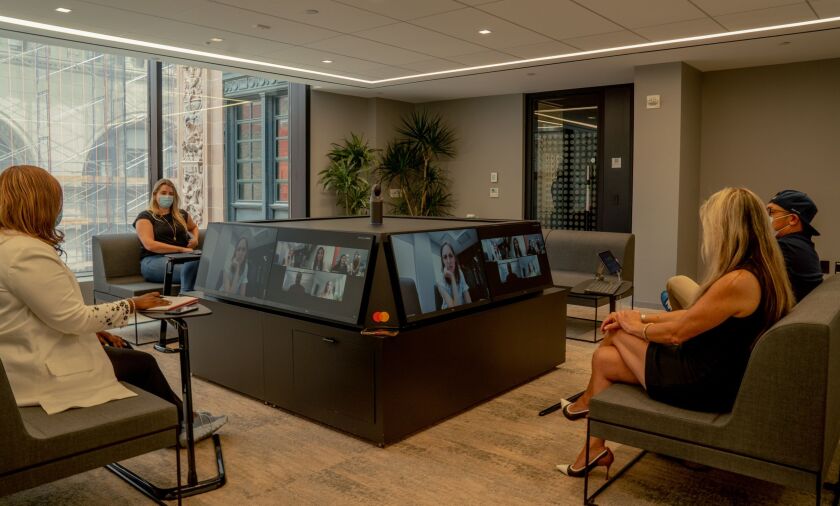 As New York City and the nation observed the 20th anniversary of the Sept. 11 terrorist attacks on the World Trade Center, both are amid another crisis, the COVID-19 pandemic.

“Both were terrible events,” said Kathryn Wylde, president of the nonprofit business group Partnership for New York City. “9/11 was a strategic attack on the financial center of America that had a large shock impact, but very little long-term.”

The virus, by contrast, is a work in progress.

“There is no precedent for the pandemic in modern history,” Wylde said. “There was no roadmap for dealing with the COVID. Everybody was making things up as they go along.”

New York is no stranger to disasters, ranging from the fires and blizzards of yesteryear — and the previous flu epidemic in 1918 — to the financial crises of the mid-1970s and 2008. Just recently, flood damage from Storm Ida prompted a visit from President Biden and calls for better preparedness.

A raft of unknowns hovers this time, including the effectiveness of the vaccine — and an alarming number of residents reluctant to take it even amid as the Delta variant fills hospital wards with unvaccinated COVID patents. On Friday, several municipal unions sued the city in Manhattan Supreme Court, challenging the validity of Mayor Bill de Blasio’s mandate for staff vaccinations at the Department of Education.

Other factors include the return-to-office dynamic, the reliability of the mass transit system, a spike in crime, levels in federal aid and even land-use matters that include the protrusion of eateries into streets.

“New York City has come back — I mean we’re here today — and has recovered from multiple disasters. And the question is, how long will that take, what’s the shape of that recovery, what does New York City look like after?” said Andrew Rein, president of the watchdog Citizens Budget Commission.

The many changes to the public landscape nationally over 20 years include the downstream militarism of domestic law enforcement to the detriment of police-community relations, according to Rashawn Ray, a senior fellow at the Brookings Institution and a University of Maryland sociology professor.

“I think it did go too far,” Ray said during a Brookings webcast on Friday.

Federal programs enabled about two-thirds of the local police departments across the U.S. to acquire tactical armored vehicles and the like on the cheap, he said. That manifested during the Jan. 6 riots and other unrests.

“We can even go back to Ferguson [Missouri, in 2014], where people started seeing police officers looking as if they are literally in the Middle East,” Ray said.

The escalation of the coronavirus Delta variant has corporate employers wary about returning workers to their offices full-time, according to a Partnership for New York City study. That has financial ramifications for the real-estate market, mass transit revenue and the restaurant and entertainment industries.

According to the survey, 23% of Manhattan office workers have returned to the workplace. Employers expect that 41% will return by Sept. 30, still way below estimates from the 62% from the partnership’s survey in late May.

Wylde praised Biden’s new sweeping vaccine measures, announced Thursday, including a requirement that large companies must mandate vaccines or regular testing for employees. She said the move levels the playing field for businesses, even across state lines.

Amid all the variables, New York City must still work hard to manage itself, fiscally and otherwise.

Both Rein and Howard Cure, director of municipal bond research for Evercore Wealth Management, said a more diverse economy than 20 years ago and the establishment of a dedicated rainy-day fund, which city voters approved in November 2019, can help city officials buffer for future shocks.

Cure cited the importance of just having cash available in the short term to take care of immediate needs before federal aid comes in. “I think a more diverse economy and better finances, potentially, is very helpful.”

“There are only so many sources of outside money and if the property tax is important, they’re going to have to figure out how to account for landlord losses from the rent moratorium,” he said.