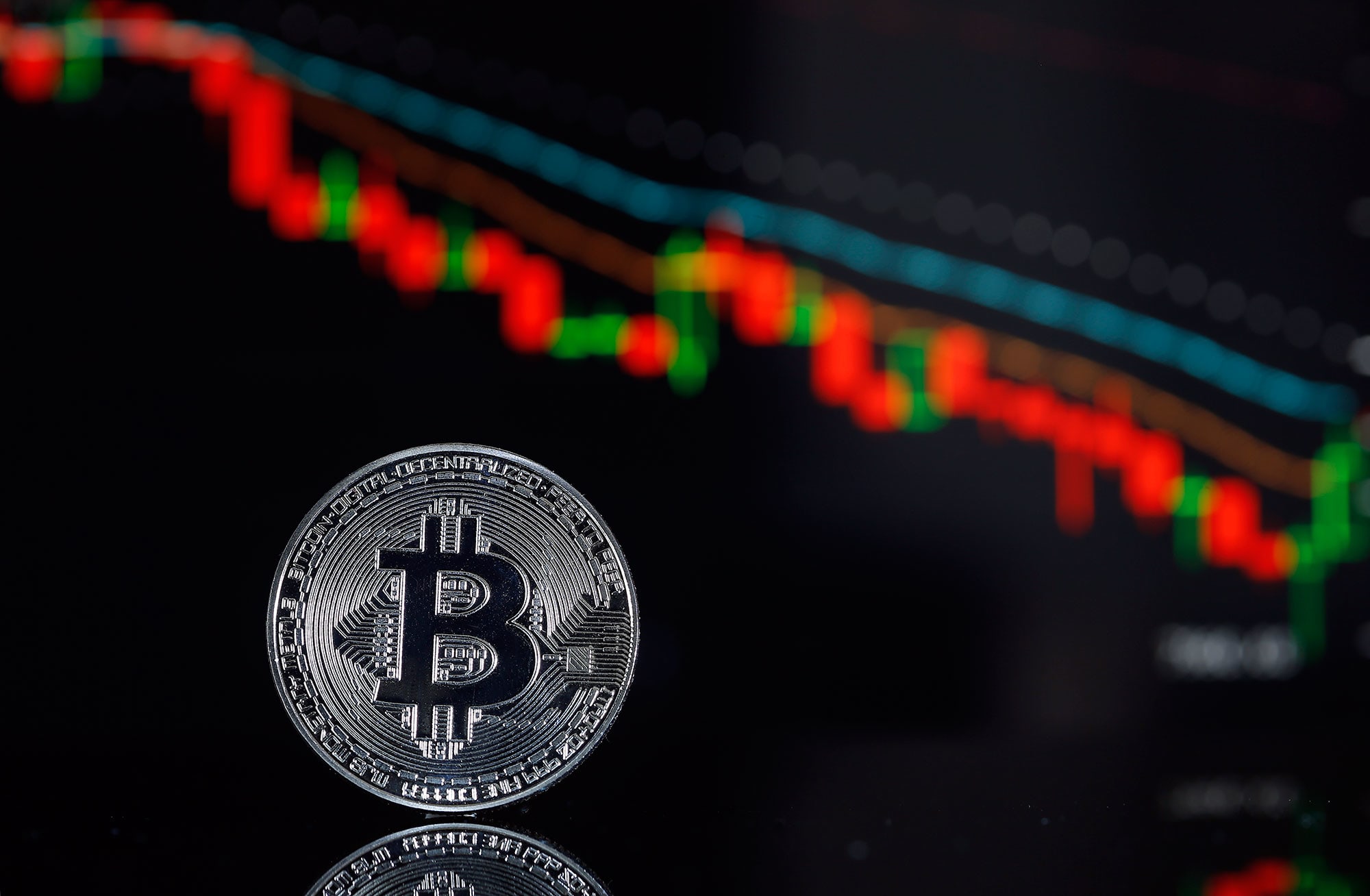 Cryptocurrencies are in a summer slump as they navigate a two-month correction period following a string of negative stories.

Trading volumes at the largest exchanges, including Coinbase, Kraken, Binance and Bitstamp, fell more than 40% in June, according to data from crypto market data provider CryptoCompare, which cited lower prices and lower volatility as the reason for the drop.

The report pointed to China as a major catalyst, according to Reuters, which reported on it earlier Monday. China’s latest of many efforts over the years to crack down on the industry have had a greater impact than ever before. Investors and experts in the cryptocurrency ecosystem still see a long-term positive trend for bitcoin and other cryptocurrencies, however.

“The Chinese crackdown has caused a lot of fear, which is showing up in markets,” said Teddy Vallee, chief investment officer at Pervalle Global. “The digital asset ecosystem got punched in the face, so it’s currently up against the ropes versus fighting in the middle of the ring. Typically when you have large sell-offs, participants are quite fearful and pull back their chips.”

Vallee added that he still isn’t seeing large flows back off exchanges, funding rates are still negative, the number of new wallets is lower.

Factors behind the slowdown

At the end of June, China ordered a halt to cryptocurrency as it prepares to launch its own state-backed digital currency. That shuttered mining operations across various provinces that had hosted 50% to 60% of all of bitcoin’s mining power.

Gabor Gurbacs, director of digital assets strategy at VanEck, noted that as miners left China, they weren’t transacting as much with the bitcoin they’ve mined.

“Once these stories began to permeate through the market in May, sentiment dropped to single-digit levels on a scale of 1 to 150,” said Nick Mancini, research analyst for crypto sentiment analytics platform Trade the Chain. “Eventually, this resulted in the trading volume for bitcoin dropping by nearly half since its peak, and it’s further down 32% from its June average.”

Gurbacs also said that summer can be a time of lower volume, even in equities, and that investors may still be feeling the pain after the crypto market has lost so much of its value this year.

This year too, he added, the price of bitcoin climbed as high as $60,000 and ether as high as $4,000, which brought a lot of new interest and new investors into cryptocurrency that haven’t weathered a bitcoin bear market yet.

“People are getting tired of the rock pools,” Gurbacs said.

Volume still higher than a year ago

Despite the dramatic drop in trading volume, it’s still much higher than it was last year, Clara Medalie, research lead at crypto market data provider Kaiko.

“Volumes plunged in June on pretty much every exchange, however, overall volumes are still magnitudes greater than they were one year ago today,” Medalie told CNBC.

“June volume still ranks in the top five months of volume ever recorded,” she added. “While the drop was steep compared with May, it is an unfair comparison because May saw the highest volumes ever recorded due to unprecedented liquidation events. Volumes have reverted to early 2021 amounts and are still massive compared with 2020.”

Mancini of Trade the Chain still sees a more bullish — rather than bearish — outlook for crypto and expects volatility and volume to return to previous highs.

“The bitcoin daily candle Bollinger Bands are now tightening very similar to what we saw in July 2020, which resulted in explosive bullish price action,” he said. “We believe that with more institutions publicly announcing crypto trading and research divisions, sovereign nations adopting bitcoin as currency, and miners moving to more democratic nations, bitcoin is poised for growth instead of shrinking.”

Bitcoin derivatives peaked at $230 billion in May before waning to $45 billion on July 9, according to Trade the Chain.

“The one positive set of news from the derivatives markets is that the bitcoin options put to call ratio is now sitting at 0.60, from a high of 0.65 in June, which means that traders are becoming less bearish as the months progress,” Mancini said.

This article was originally published by Cnbc.com. Read the original article here.