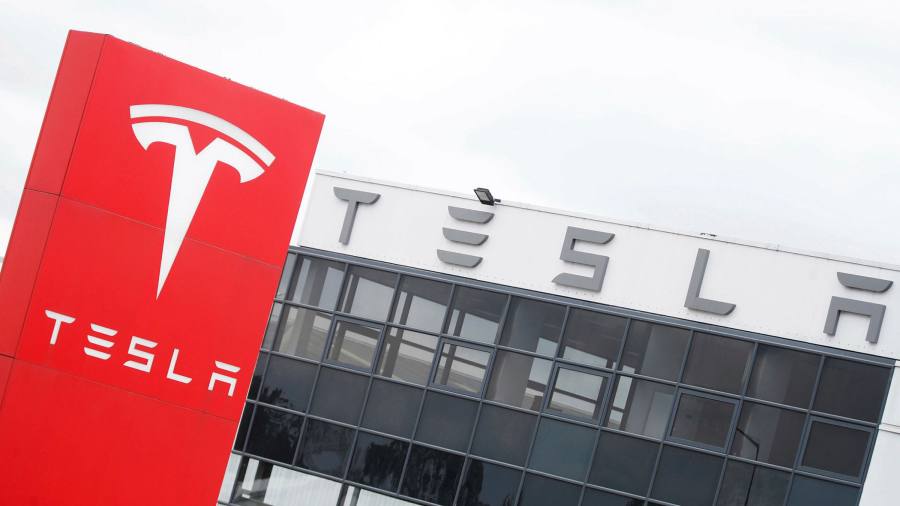 Tesla is set to take the unusual step of paying in advance for chips to secure its supply of the crucial materials and is also exploring buying a plant as part of efforts to overcome the global shortage, according to people familiar with the matter.

The US electric-car maker is discussing the proposals to secure chip supply with industry operators in Taiwan, South Korea and the US, said the people, who work at semiconductor industry suppliers, chipmakers and consultancies.

They said Tesla’s interest in an outright purchase of a plant was at a much more preliminary stage. Given the prohibitive costs that would be involved, they said such an acquisition would be difficult. Tesla needs the newest generation mass-production chips, which are made mainly in Taiwan and South Korea.

Tesla’s interest in a direct financial commitment to secure capacity comes as industries ranging from cars to telecom equipment makers, such as Cisco, are seeking new ways to overcome the global chip shortage.

The crunch has forced several carmakers to leave plants idle or close them. These disruptions are expected to cost the industry 5 per cent of estimated sales this year, according to Fitch, the rating agency.

Some contract chipmakers have begun allowing large customers to pay deposits upfront to guarantee certain orders at a fixed price. Such a practice used to be highly unusual for contract chipmakers — the flexibility to allocate capacity to orders from different customers has long been a cornerstone of their profitability.

Tesla demonstrated appetite for branching out into components when it announced last year plans to make its own battery cells.

The company already has an in-house engineering team that designs the high-end semiconductors used in autonomous driving.

“They will buy capacity at first, but they are actively considering buying their own foundry,” said Ambrose Conroy, founder and chief executive of Seraph Consulting, a supply chain consultancy, of Tesla.

But most observers believe that acquiring and running a chip facility would be a step too far for carmakers such as Tesla.

“They see the price tag for the factory and they go back and get in line,” said Velu Sinha, a partner at Bain in Shanghai.

A cutting-edge lab requires investment of up to $20bn and the intricacies of operating such plants are notoriously hard to master.

A senior executive at Samsung, which makes chips for Tesla, said contracting arrangements would have to change as customers sought increasingly specialised and customised semiconductors.

“Given the current capacity shortage, Samsung may give dedicated capacity to companies like Tesla, which uses chips with a longer life cycle,” said CW Chung, an analyst at Nomura.

Tesla did not respond to questions on the topic. A person familiar with Samsung’s thinking on the matter said the company has dedicated some production lines to customers and was open to further discussions.

Other carmakers have started contracting directly with foundries. Motor groups “will have more direct dealings with the contract chipmakers”, said a person who is advising a European carmaker on rejigging its chip supply chain. “That means they have to invest in in-house expertise and it also means dedicated buying agreements.”

The change goes beyond the motor industry. Cisco said it had put money in escrow to reserve capacity with an unidentified contract chipmaker.

Last month, six semiconductor design houses closed a deal with United Microelectronics Corporation (UMC) in Taiwan under which the world’s fourth-largest contract chipmaker would expand mature technology production capacity for them in exchange for financial deposits.

Such arrangements are a departure from the traditional business model. “The moment you block out certain capacity for one customer, that flexibility disappears,” said a semiconductor executive familiar with such operations.

For TSMC, the world’s largest contract chipmaker whose gross margin is more than 50 per cent, profitability rests on the ability to juggle capacity among its many customers.

TSMC has long resisted requests to set aside dedicated capacity for any customer. It made an exception only once in 2014 to limit risk from Qualcomm after the US chip design house had frequently switched orders to rival Samsung.

A US official said there was hope for more collaboration for US carmakers with smaller foundries such as UMC or Taiwanese rival Powerchip, as TSMC with its massive bargaining power had “little interest in specific buying deals”.