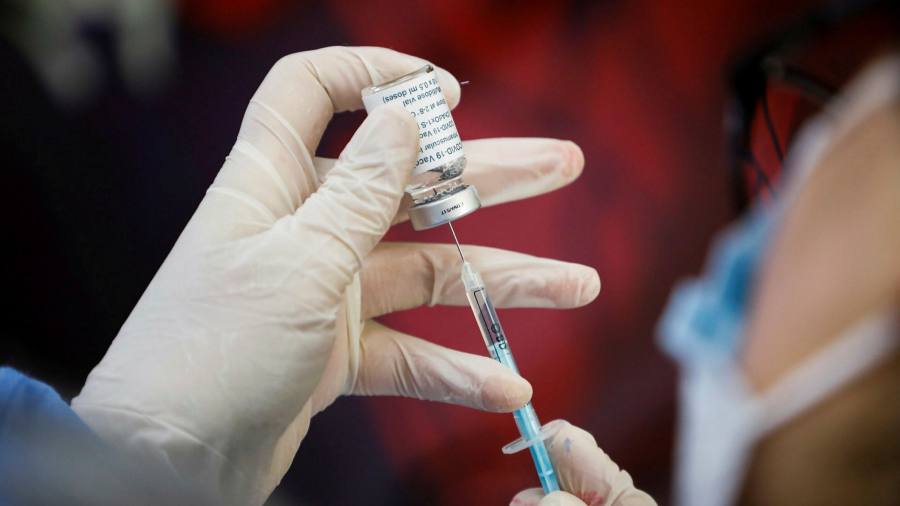 France, Germany, Italy and Spain co-ordinated their decision to temporarily suspend the Oxford/AstraZeneca Covid-19 vaccine in an effort to help protect public confidence, France’s industry minister said, as Sweden became the latest nation to suspend use of the shot.

At least 16 European countries have now suspended or limited use of the jab due to concerns about possible side effects, even though the European Medicines Agency has said there was no evidence of a link between the vaccine and the reported incidents of blood clots. On Monday it called for vaccinations to continue, stating that the risk-benefit ratio remained in favour of administering the shot.

Sweden was the latest European country to take action on Tuesday after days of insisting the shot was safe to use. “There is good knowledge about this vaccine, but it is still important that we pause the vaccination until the EMA has investigated whether these events could be linked to the jabs,” said state epidemiologist Anders Tegnell.

No cases of severe blood clots have been reported in Sweden. But neighbouring Norway and Denmark have each reported one death, with authorities in both countries worried about the unusual combination of blood clots and low platelet counts in younger, seemingly healthy people who had received the vaccine. Spanish and German authorities have also expressed concern over the rare adverse-event combination.

In a sign of the co-ordination between some European capitals, Italian prime minister Mario Draghi and German chancellor Angela Merkel spoke on Monday afternoon before Italy announced its own suspension of the vaccine, people familiar with the matter said. Italy had previously halted the use of a single batch of the vaccine, ABV 2856, but allowed other injections to continue.

“It is important that there is not distrust in the population,” said France’s Pannier-Runacher. “If you see decisions being made in other countries, the risk is that a mistrust of the vaccine could develop. Our intention is to be perfectly transparent . . . and [show] that every time that there is an alert, we treat it as professionally as possible.”

Ursula von der Leyen, European Commission president, announced on Tuesday that BioNTech/Pfizer would bring forward some deliveries and provide the bloc with an extra 10m doses in the second quarter, as the EU appeared to be moving to shore up other supplies.

AstraZeneca has defended the safety and efficacy of its vaccine. Ann Taylor, the company’s chief medical officer, said on Sunday that about 17m people in the EU and the UK had received the jab, with cases of blood clots “lower than the hundreds of cases that would be expected among the general population”.

“The nature of the pandemic has led to increased attention in individual cases and we are going beyond the standard practices for safety monitoring of licensed medicines in reporting vaccine events, to ensure public safety,” Taylor said.

The EMA is expected to report further findings on Thursday at the latest. The World Health Organization, which has also stressed the vaccine is safe to use, is conducting its own review of whether any causal links exist between the shot and the serious adverse events.