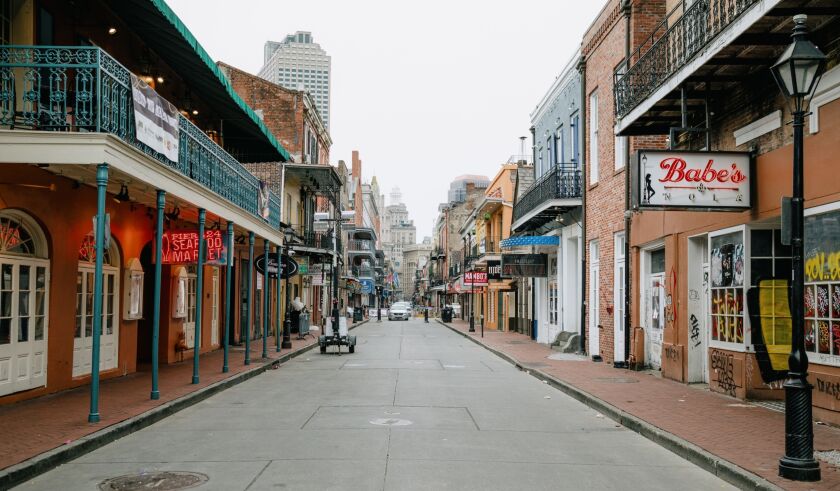 The fiscal forecast for Louisiana is a bit brighter a bond rating agency lifted its outlook for the state.

The agency said its outlook revision “reflects the significant progress the state has made restoring its financial reserves and liquidity in recent years by aligning revenue and spending in a post-energy boom era, rebuilding borrowable funds and generating budgetary surpluses in consecutive years.”

Moody’s added that it expects the state will sustain its economic progress despite the impacts of the coronavirus pandemic and can do this through careful fiscal management and with the help of federal aid.

The state’s rating outlook has bounced up and down in recent times. Moody’s dropped it from positive in March, after lifting it to positive from stable in September 2019.

“This is really positive news after some tough months for our state. In its annual review, Moody’s expressed optimism and gave us a blueprint for moving forward,” said state Treasurer John Schroder. “By employing careful fiscal management, especially strengthening our Rainy Day Fund and emphasizing policies that create jobs, we can continue to make progress on our bond ratings.”

“Moody’s recognizes the great strides we have made in stabilizing our budget, generating surpluses and replenishing our Rainy Day Fund,” Dardenne said. “The positive outlook is welcome news on the heels of the difficult challenges of the past several years.”

Additionally, the ratings agency affirmed the state’s tax-backed state highway improvement revenue bonds at A1 and revised the rating outlook of the general obligation lease and state highway improvement revenue bonds to positive from stable. Moody’s affirmed the Aa2 and Aa3 ratings on the state’s gas and fuels tax bonds. The rating outlook on the gasoline and fuels tax bonds is stable.

“Louisiana’s finances have notably improved since the middle of the last decade, when the state created large structural imbalances by relying on a number of nonrecurring actions to weather the impact of plummeting oil prices,” Van Wagner said. “The state has reversed erosion of its balance sheet and has ended four consecutive fiscal years with surpluses. The multiyear improvement in the state’s position reflects the state’s addition of new revenue, the stabilization of the energy markets and a renewed emphasis on avoiding non-recurring budget maneuvers.”

Moody’s said the positive outlook on the state highway improvement fund bonds reflects their improved revenue stability in recent years and expected resilience as the effects of the pandemic abate.

In January, Fitch upgraded Louisiana’s outstanding state highway improvement revenue bonds to AA from AA-minus. It has a stable outlook on the bonds, citing its improved assessment of the sensitivity and resilience of the security structure to economic downturns.

S&P also raised the state’s highway bonds to AA from AA-minus last month and has a stable outlook on the bonds, saying “the upgrade reflects the demonstrated stability and resiliency of pledge revenues which have provided strong maximum annual debt service coverage even through the pandemic-induced recession of 2020.”

Louisiana has about $8.6 billion of debt outstanding. Since 2010, the Pelican State has sold over $10 billion of bonds, with the most issuance occurring in 2012 when it offered $1.8 billion. It did not sell bonds in 2018.

The state has already been active in the bond market in 2021. This month, Louisiana sold $131 million of taxable unclaimed property special revenue refunding bonds. That deal was rated A1 by Moody’s and A-plus by S&P.

“Through better fiscal management, including increasing revenues and making necessary budget cuts, we have turned deficits into surpluses and we are positioned to continue our economic recovery from this COVID pandemic,” Gov. John Bel Edwards said. “We are better placed to bounce back from our current challenges because of our fiscally responsible approach to budgeting.”

Fitch noted the Louisiana was helped by a conservative budget forecast.

“Like all the states, they took a hit at the start of the pandemic in terms of the revenue profile,” Eric Kim, a Fitch director, told The Bond Buyer. “They made some pretty severe estimates of what the revenue losses might be.”

He said the state was in an interesting position because of its pre-pandemic revenue models, which had official revenue estimates lower than what state officials were actually expecting to see because of some technical quirks in the forecasting system.

“They had a revenue forecast that was very, very conservative to what they actually anticipated to happen from an economic perspective,” Kim said. “So when the pandemic hit, the adjustments they had to make from the official revenue forecast were actually not nearly as deep and significant as they might have been because they had been holding down their estimates because of some technical factors.”

Louisiana GOs are not actively traded presently, according to Municipal Market Data.

“We expect the state, through careful fiscal management and with the help of federal stimulus aid, will be able to sustain its progress despite the impacts of the coronavirus, although continued recovery partly depends on a recovery in tourism for New Orleans,” Van Wagner said. Moody’s rates the city’s GOs A2 with a stable outlook.

Fitch said the negative outlook on the city reflected “a shift in the time horizon over which the city will need to address revenue pressures caused by the coronavirus pandemic” adding there was the possibility of further negative impacts on the city’s vital tourism sector.