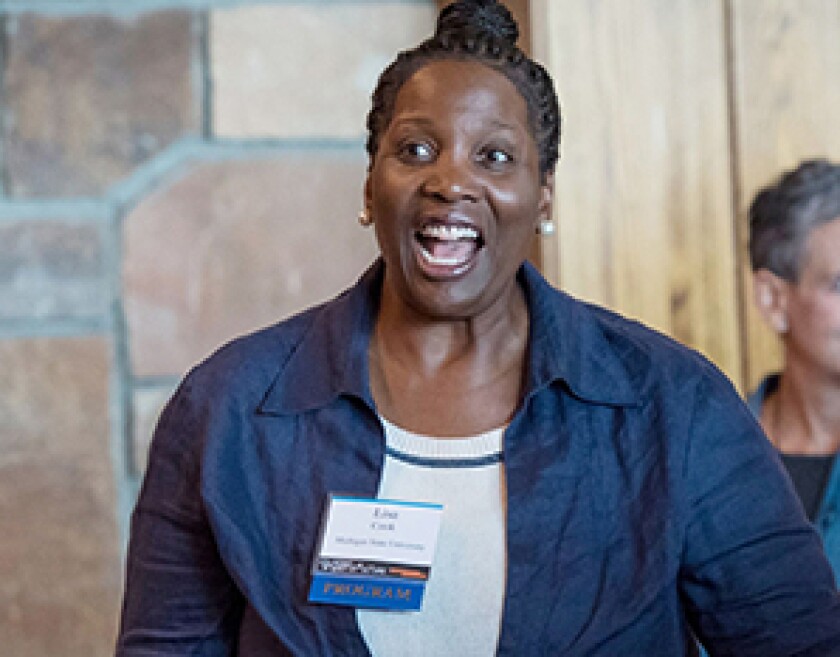 Economist Lisa Cook has the backing of several key White House officials and allies outside the administration as a possible choice for President Joe Biden in filling a vacancy on the Federal Reserve Board of Governors, according to people familiar with the matter.

Biden has not weighed in on choices for filling the one current vacancy on the Fed board and the White House has not contacted Cook for the job specifically, the people said on the condition of anonymity. No announcement is imminent, they added.

A White House spokeswoman declined to comment, and Cook did not immediately respond to an inquiry.

Biden’s economic agenda includes efforts to bridge the inequality gap in the U.S., with an eye on diversity in key federal appointments. If nominated and confirmed, Cook would be the first Black woman to ever serve as a Fed governor.

Cook worked for a year in the Obama administration as an economist with the Council of Economic Advisers. She earned a Ph.D. in economics from the University of California at Berkeley, and bachelor’s degrees from Spelman College in Atlanta and the University of Oxford.

Axios reported earlier on her name emerging as a possible contender for the Fed board.

Biden may need to fill four vacancies at the Fed over the coming year, depending on whether he opts to keep former President Donald Trump’s appointees in place. Jerome Powell’s term as chair comes due early next year, as does the board membership of Vice Chair Richard Clarida. Governor Randy Quarles’s term as vice chair for financial supervision expires later this year.

One governor post is vacant after Trump’s attempt to place controversial economic adviser Judy Shelton on the Fed board failed in the U.S. Senate.

Conventional Senior Living Needs Rethinking
Decentralized Storage Market Launches on Crust Network
Louisiana’s up-and-down Moody’s outlook is back up to positive
Mansion Hunting: What $10 Million Buys In Hawaii, Hong Kong And Santa Barbara
How Money is Made with Options What Most People Don’t Understand